Golf is a funny game: To succeed, you have to slow down. 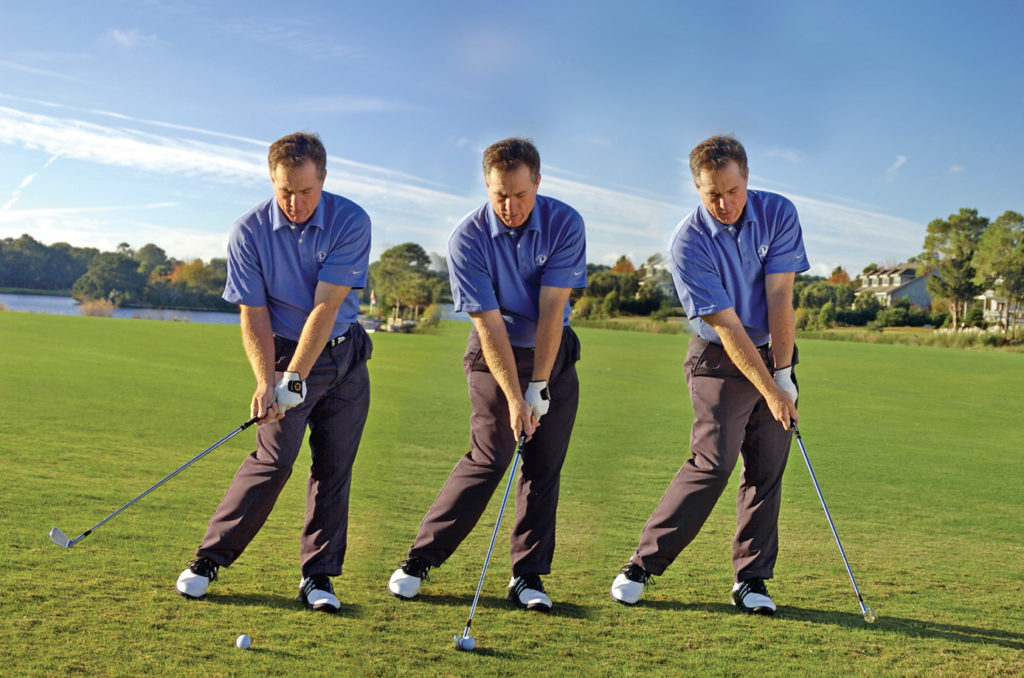 You can take the right path toward the ball and know your clubs inside-out (pun intended), but if you rush your swing, all will be lost. The first piece of advice I give almost any golfer is simply to slow down. Why? Because a proper golf swing depends not on speed, but on rhythm.

More specifically, it depends on gravity. Gravity is the most powerful force in the universe and, when we work with it, we see great results. Yet most of us spend our golfing lives working against it.

When you swing a golf club back and up, it wants to go down.

That’s gravity at work; without it, the club would float away along with the golfer. Our job isn’t to push the club down toward the ball. It already wants to go there. Our job is to guide it without making it move faster than it wants to go.

Put another way, successful golfers know the difference between swinging the club and hitting the ball.

A major factor affecting this is grip pressure.

If you were to measure most golfers’ forearm tension through the downswing, it would be too high. A tense grip produces two harmful results: Rotation of the clubface – causing it to arrive at impact not square to the ball – and an inability to let the club release.

By contrast, when you grip the club lightly, it responds to the natural physical elements of gravity, momentum and leverage (and, if you’re taking a proper inside-out path, centrifugal force), which collectively are much more powerful than your own strength. By allowing the swing to gather its own natural speed and force, rather than inhibiting that speed and force by imposing your own will on the ball, you will achieve better distance and more consistent accuracy.

The other compelling argument in gravity’s favor is its predictability.

Gravity doesn’t waver; it knows its purpose. Human movement and coordination, on the other hand, are highly unstable. If they were as consistent and repeatable as gravity, no NBA player would ever miss a free throw. The forces of the universe are powerful, fixed and repeatable. That’s why they can be such assets to you on the golf course, if only you allow yourself to work with, not against, them.

A former PGA Touring pro, Doug Weaver is the Director of Instruction at the Palmetto Dunes Golf Academy. He conducts “Where Does the Power Come From?,” a free golf clinic and demonstration, every Monday at 4 p.m. 843-785-1138 or 800-827-3006. www.palmettodunes.com.