From manatees to White Pelicans, unlikely creatures visit the Lowcountry on occasion. 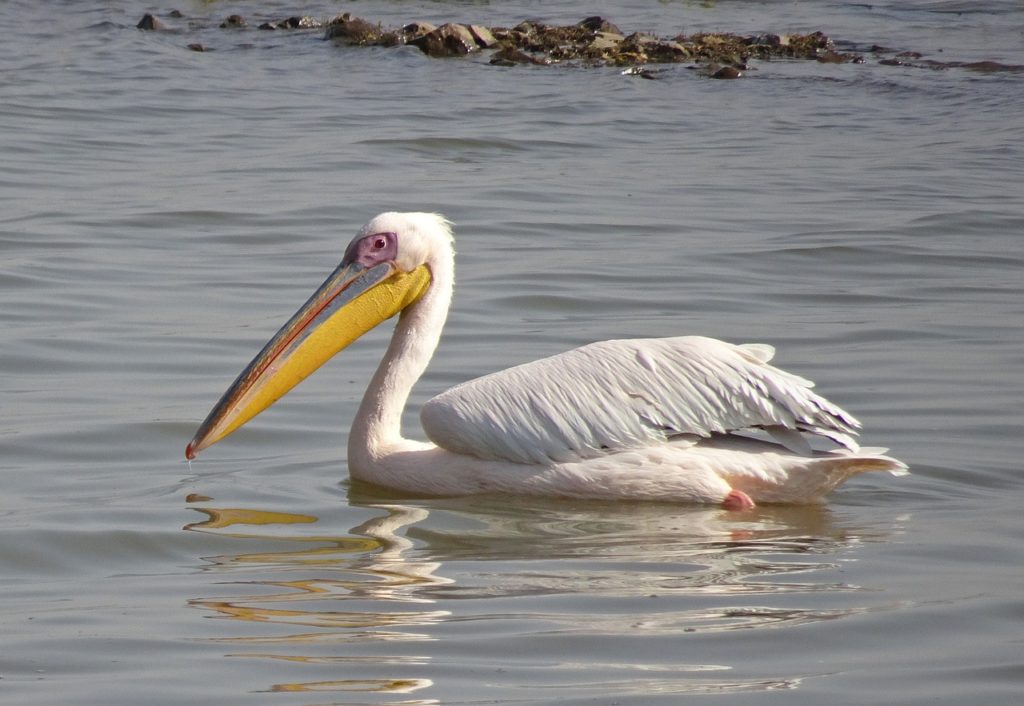 After many years serving as a guide in the Lowcountry, I sometimes think I’ve seen it all.

Enveloped by nature on a daily basis, I know I must remain ever alert to the unexpected. I’m discovering that some of the sightings I once considered highly unusual are now becoming more… well, usual.

Many years ago, it was rare to hear of a manatee cruising through local waters.

They prefer warmer brackish waters, especially the estuaries in central Florida. Over the last several summers however, visits by manatees have increased to the point that, once the water temperature exceeds about 72 degrees, I’ve come to expect their arrival in Broad Creek.

As herbivores, manatees are typically found around structures that support an abundance of marine vegetation. They tend to favor marinas, as they are always in search of fresh water. The Marine Mammal Act prohibits the feeding – or watering – of all marine mammals.

The Roseate Spoonbill is also thought to be unusual in our little neck of the woods.

Until a decade ago, I’d never seen one. Then, while leading a group from a local marina, I observed what I considered to be a strangely colored Ibis. Intrigued, I consulted my Sibley Guide to Birds and learned it was actually a Roseate Spoonbill, a bird typically found along the Gulf coast and in South America.

Last June, a small flock of Roseate Spoonbills suddenly appeared in Broad Creek. They lingered in the marsh surrounding the creek throughout the summer. By August, two individuals were frequently seen at the mouth of Shelter Cove Marina casually swaying their distinctive spoon tipped bills side to side, feeding on fry shrimp and small fish.

For me, the most exciting sighting of all is seeing White Pelicans in area waters.

Much larger than our resident Brown Pelican, White Pelicans have established a sizeable colony 100 miles up the coast, but they are still considered fairly unusual here. Years ago, I observed a large flock soaring on thermals high in the sky. The following year, I saw a dozen of them hanging around a shell bank across the Calibogue Sound. The flock came and went within a few weeks.

Every year since then, I’ve searched in vain. That is, until a month ago when I saw six White Pelicans feeding in the shallows just up the creek from the marina.

What amazing surprises are in store this season? Will manatee lumber up Broad Creek? Will the Roseate Spoonbill flock return? And will the White Pelicans flock in the Lowcountry again?

Get outside, and let’s explore together!

For more than 30 years, Outside Hilton Head has provided personalized adventures for all ages, from kayak, fishing, nature and dolphin tours to kids’ camps, history excursions, family outings and stand-up paddle boarding. Don’t miss the guided full moon kayak tour, which explores the saltmarsh. (843) 686-6996 or www.outsidehiltonhead.com.