South Carolina hosts its third PGA TOUR event of the 2020-21 PGA TOUR Season at the Palmetto Championship at Congaree. 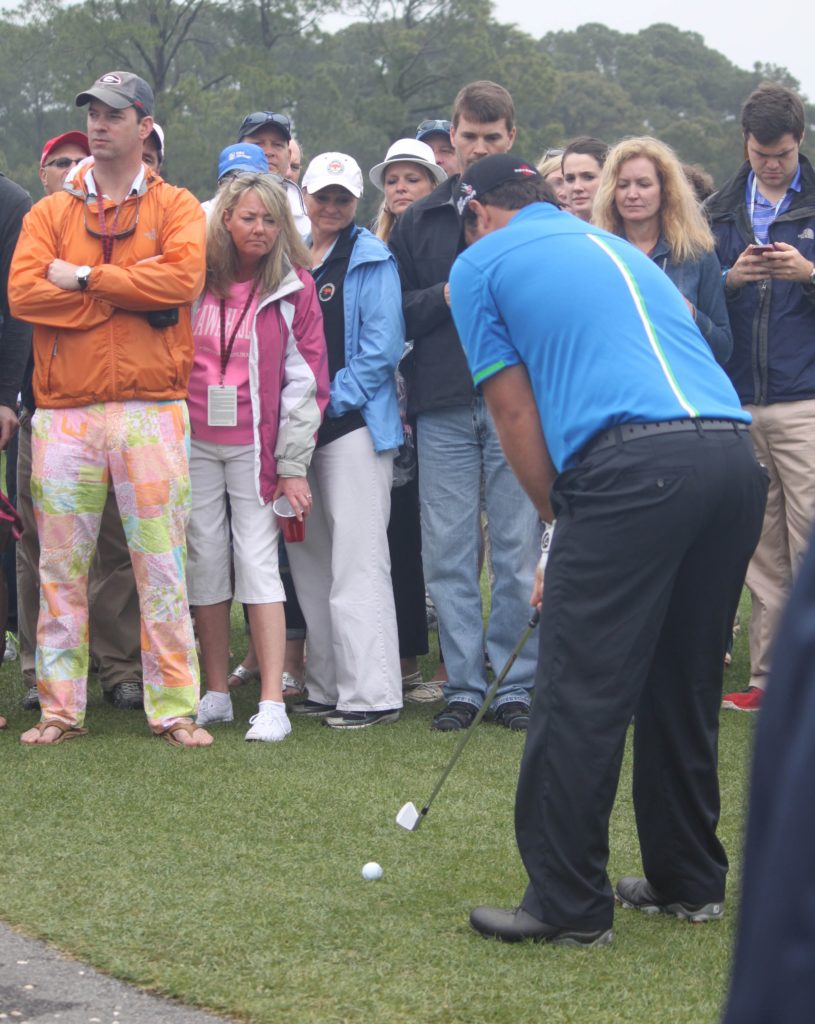 Players with connections to the state are well represented among those currently committed to the tournament. The event is slated for June 10-13 at Congaree Golf Club in Ridgeland, South Carolina.

Following World No. 1 Dustin Johnson’s commitment to the tournament in early May, most players whose careers have been forged in South Carolina have added their names to the field at Congaree Golf Club.

Former Clemson standout and 2009 U.S. Open champion Lucas Glover will put his immense knowledge of Congaree to the test.

As the three-time TOUR winner, the Greenville native looks to claim his first victory since 2011. Glover is one of Congaree’s Professional Ambassadors who support the club’s mission to positively impact the lives of young people locally and around the globe by providing educational and vocational opportunities through the game of golf.

Other former Tigers in the professional ranks include:

North Augusta native Matthew NeSmith and Beaufort’s Mark Anderson represent The University of South Carolina. NeSmith is in his second full season on TOUR and has collected two top-10s in 20 starts, including a T8 at the Shriners Hospitals for Children Open and a T7 at the Waste Management Phoenix Open after holding a share of the 18-hole lead.

Anderson, a 2008 graduate, is in search of his first PGA TOUR title.

His two wins on the Korn Ferry Tour include the 2013 BMW Charity Pro-Am presented by SYNNEX Corporation in Greenville.

Having grown up in Greenville before playing collegiately at Wake Forest, Bill Haas has amassed six PGA TOUR titles since turning professional in 2004, including his historic FedExCup victory in 2011.

Down the road in Spartanburg, William McGirt, who attended nearby Wofford University, earned his breakthrough PGA TOUR victory at the 2016 Memorial Tournament and joins Glover as one of Congaree’s Professional Ambassadors.

Scott Brown was born in Augusta, Georgia but resides in nearby Aiken and played for the University of South Carolina-Aiken. Since joining the PGA TOUR in 2012, Brown has collected one victory at the 2013 Puerto Rico Open and 24 career top-10 finishes.

The first playing of the Palmetto Championship at Congaree will take place on June 10-13, 2021.
BUY NOW

Proceeds from the event will benefit Congaree Foundation.

Their mission is to positively impact the lives of young people locally and around the globe by providing educational and vocational opportunities through the game of golf. The Congaree Global Golf Initiative provides underserved and well-deserving high school students. Students receive the highest level of athletic coaching. They also receive the academic tools to enhance their opportunities for success.

The Foundation also has local partnerships with the Lowcountry Food Bank and the Boys & Girls Club of Jasper County and works to expand access to the game through youth golf instruction and the Sergeant Jasper Golf Club.