Gregg Russell is a household name in Hilton Head.

His nightly performances under the old Liberty oak tree in Harbour Town are a testament to that fact. He has entertained hundreds of families that have come to see him at the exact same spot for over 30 years and counting. 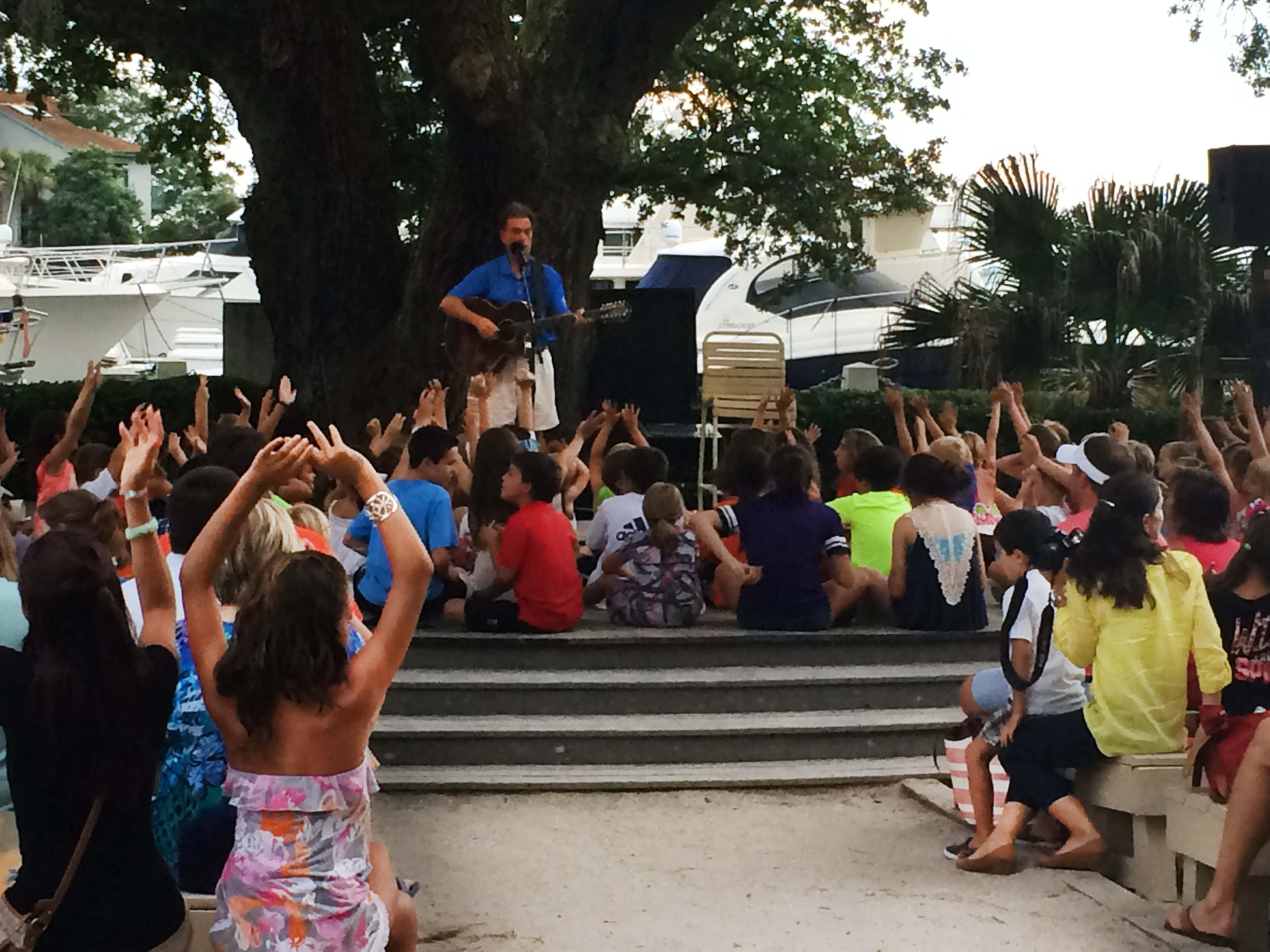 People from all over the island come to Harbour Town and gather around that same oak tree to watch his performances every night during the summer. He invites all of the kids in the audience to sit on stage with him to get a front row view of the show. Throughout his performance, he picks different children to do fun things such as interviews, quizzes, and sing-a-longs.

All of the kids have a blast as they sing and dance to the tunes that Gregg performs.

Many of the parents in the audience were once kids themselves here at the old oak tree. Now they’ve grown up and brought their own to kids to enjoy the same experience they had. The shows are not just singing, however. In between sets, Gregg entertains the audience with anecdotes about his childhood, interactive games, and jokes that all flow seamlessly his next song. 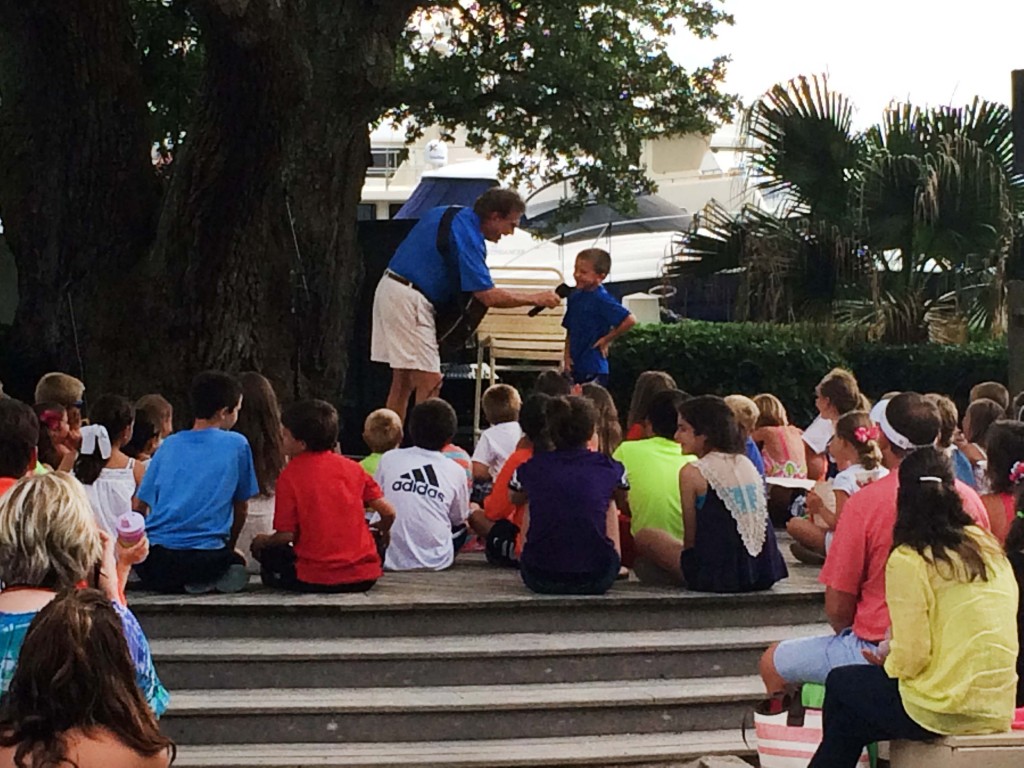 Although Gregg tries to cater his show to all age groups, it’s clear that his target demographic is children. The songs he sings are usually simple, catchy, and fun so that the kids can sing along. Sometimes, he will even stop the song to teach the kids a goofy dance to go with it. Gregg Russell makes it very clear through his stage presence, charisma, and material that this is a show for the young, and the young at heart.

To catch a show, go to Harbour Town located in Sea Pines, at 8 p.m.; Gregg Russell sings every night except Saturday under the Liberty Oak tree all summer (June through the end of August). For more information, call 843-842-1979.