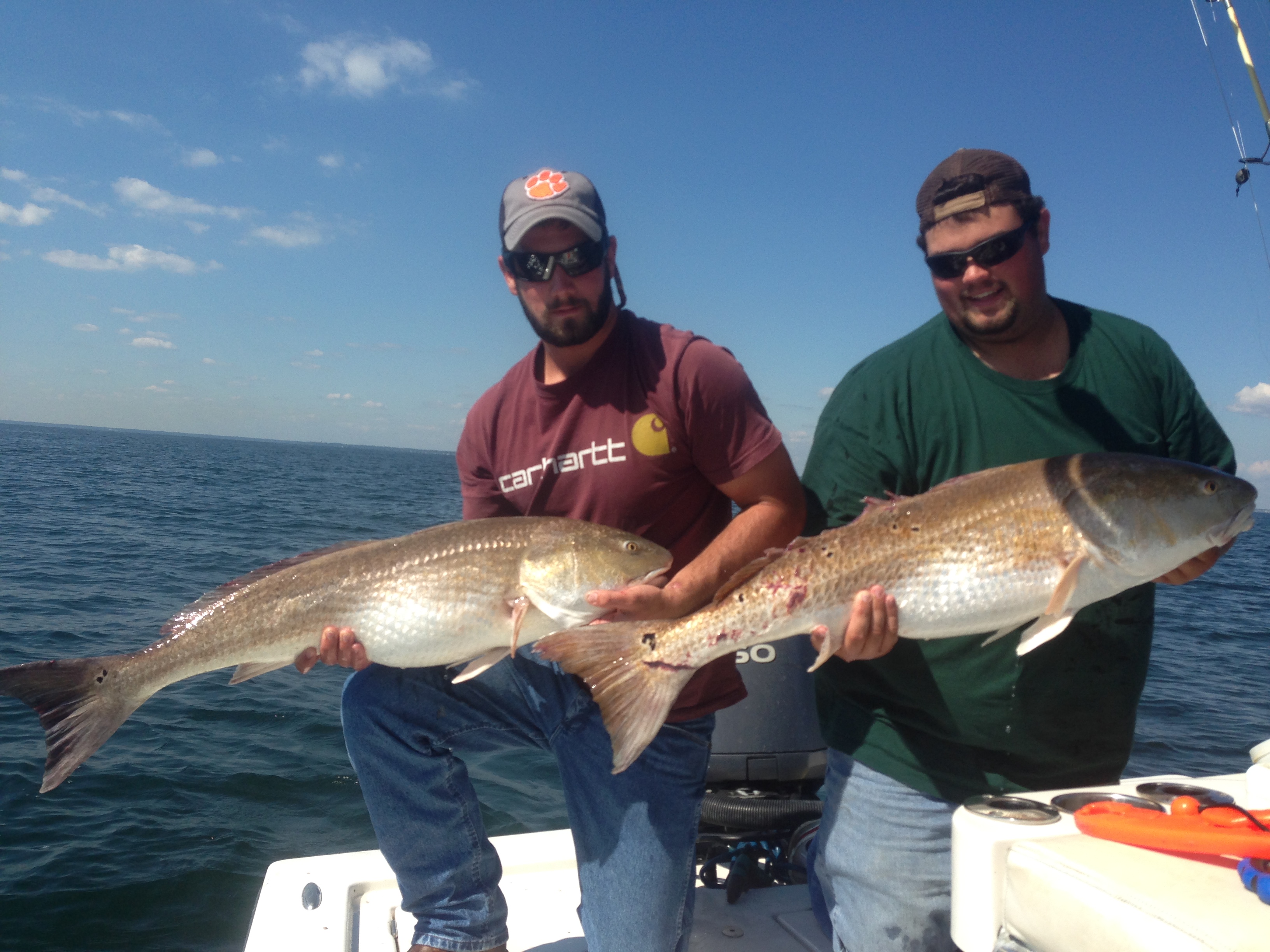 We are blessed here in the Lowcountry with some of the best redfishing.

Technically the proper name is red drum. Older local anglers referred to them as spottail bass. Ever since Chef Paul Prudhomme introduced his “blackened redfish” recipe years ago, they became nationally known as redfish.

Large schools, numbering in the hundreds, roam skinny water seeking shelter from marauding dolphins in the cooler months, while large schools of the “bull” reds are found off the beaches near sandbars and in the sounds in the fall months. But spotty catches of the bulls happen all year long.

Reviewing my logs from last April, it appears we had a strong run of “bull” reds last spring. My charter logs revealed numerous trips where we scored double digit catches of 20- to 40-pound bulls. Our local fishery for redfish is stronger than ever, thanks to management and stocking done by the mariculture center. I think the proliferation of these big schools are due in large to these efforts.

Whatever the reason, it’s hard to beat battling a big bull on light to medium spinning tackle. Long determined runs mark the strength and determination of these bruisers. Their average battle lasting 15 to 20 minutes. Since fish over 23″ must be released by law, these catches are for true sport only. The smaller ones eat better anyway.

Last fall while fishing on a school, we had a hammerhead over 10 feet surface beside the boat. Mary Lee, the massive white shark of Ocearch fame, didn’t winter here this past February as she had done before. But, I suspect the abundance of bull reds may have kept her around.

Anyway, let’s hope history repeats itself this month; the bull red fishing would be spot on for a great time if it does. And while we are hoping, let’s also pull for the water temperature to warm up early this April and maybe, just maybe, the cobia will also come out early!

Written by Captain Miles Altman of Bayrunner Fishing Charters, who has more than 42 years experience fishing the waters surrounding Hilton Head Island. Don’t miss the new “Finatic” boat, which can accommodate up to 12 passengers and features a special three-hour shark/dolphin eco-tour trip. Contact Miles at 843-290-6955 to book an unforgettable inshore or offshore charter fishing trip, departing from Shelter Cove Marina.