We had just put a fresh menhaden on the hook and tossed it out when the water exploded.

Ten feet in the air shaking his bucket mouth, the silver king then reentered the water and went into overdrive. The line screamed off the reel and, then, it was over.

This scenario is replayed over and over in the local waters starting with the dog days of July and, some years, not ending until September. It is commonly referred to as “jumping a tarpon.”

With a mouth as hard as solid rock, getting a hook into a tarpon is not an easy accomplishment. Add in the factor that most are between 50 and 100 pounds and built for speed and acrobatic airborne maneuvers, keeping a hook in one can be even harder. Hooks usually need sharpening – off the shelf will not do – and drags tightened. Heavy action rods and reels that hold hundreds of yards of line will also increase your odds and boats that are hooked up generally pull anchor just to keep the fish close.

Huge schools of menhaden flood the shoals and sandbars that reach for miles towards the ocean off both ends of the island.

And with them come the marauding schools of tarpon. It is not uncommon to see dozens of huge tarpon rolling and exploding through the hapless bait schools. Oddly enough, this scenario only seems to happen when you can’t seem to get a bite. Often there is no visual presence when you catch, or more likely, jump a tarpon. 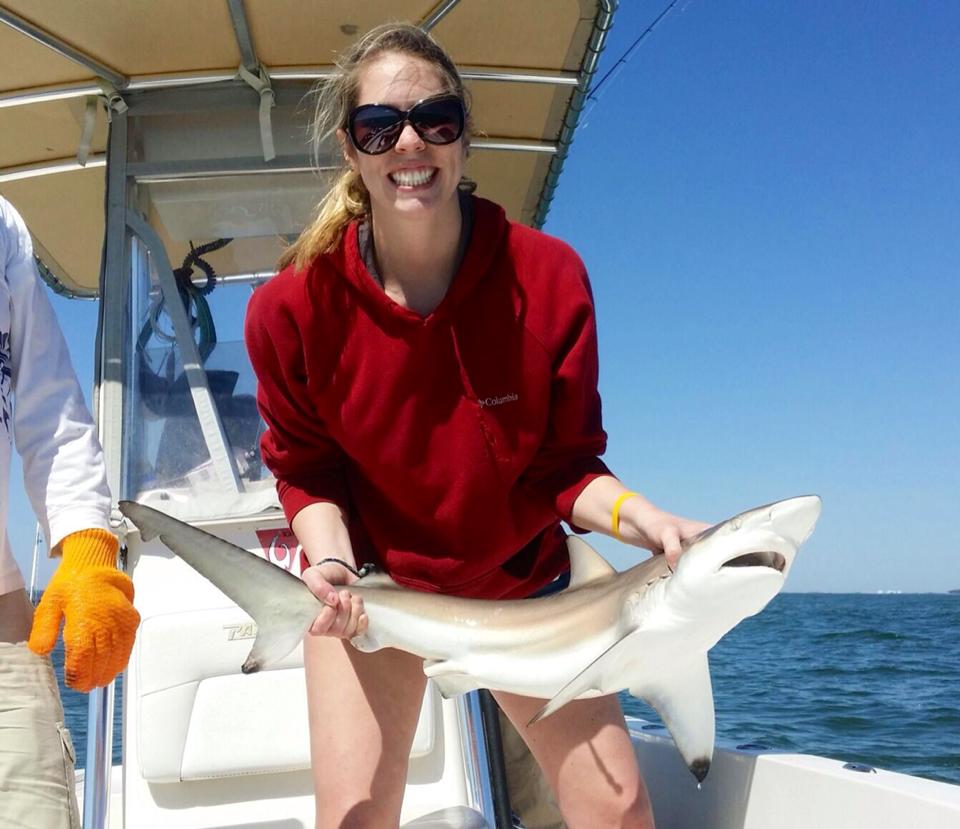 Big sharks also follow the large bait schools. Big blacktip sharks offer aerial displays and tackle busting runs. The blacktips are not alone; lemons, bulls, tigers and hammerheads are often caught in the heat of summer. Monster fishing is at its peak. If big sharks are your game, dropping baits behind a working shrimp boat will almost guarantee success.

July is a great month for fishing the silver kings or the big teeth, and many other species. So far, king mackerel fishing has been better than it has in many years. Big jack crevalle are roaming the beach and the sounds while jumbo Spanish mackerel and an occasional cobia will be caught, so treat yourself to some great fishing. The best time is now.