South Carolina’s commercial shellfish harvest has remained stable over the past three decades. 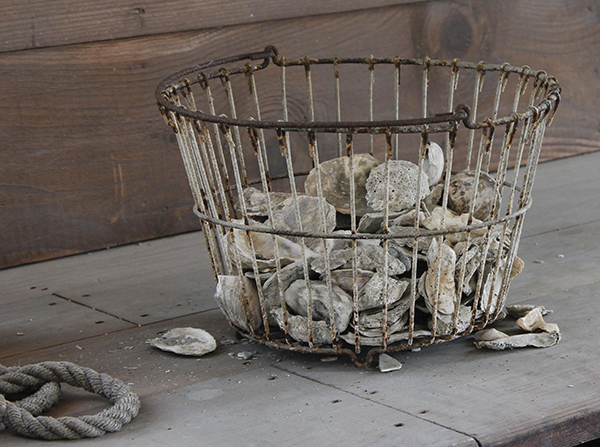 But, the closing of oyster canneries and shucking houses has resulted in a shortage of harvested oyster shells needed to cultivate and restore oyster beds. The increasing popularity of backyard oyster roasts and by-the-bushel retail sales have contributed to this shortage. Shells remaining from individual oyster roasts rarely return to the estuary. More often than not, the shell ends up in driveways and landfills.

These factors contribute to the shortage of oyster shells used for planting purposes and sustaining oyster habitat.

The state has been forced to purchase the majority of its oyster shell from out-of-state processors to supplement our stocks of shell for planting. In order for SCDNR to properly manage the state’s shellfish resources and maintain these critical habitats, we must continue to maximize our efforts to recycle our oyster shells. Recycling your shells will help restore, preserve, and enhance the state’s inshore marine habitat.

How does this process work?

During the summer months, oysters spawn and release free-swimming larvae, called spat, into the water column. Tides and currents carry the spat. After spending about two weeks moving in the water column, the spat seeks a suitable surface upon which to attach and build their shells. Unless disturbed, they spend the remainder of their life cycle where they have attached.

Centuries of oyster cultivation experience proves oyster shells are one of most desirable materials (called cultch) for attachment and subsequent growth of young oysters. Other cultch materials, such as shucked whelk shell and wooden stakes have been very successful in attracting and supporting oyster spat.

As this conservation initiative gains public awareness and participation, it is hoped that increased volumes of oyster shell will be made available for planting Public Shellfish Grounds by SCDNR personnel and equipment and by contract with private companies to improve recreational shellfish harvesting opportunities for the public.