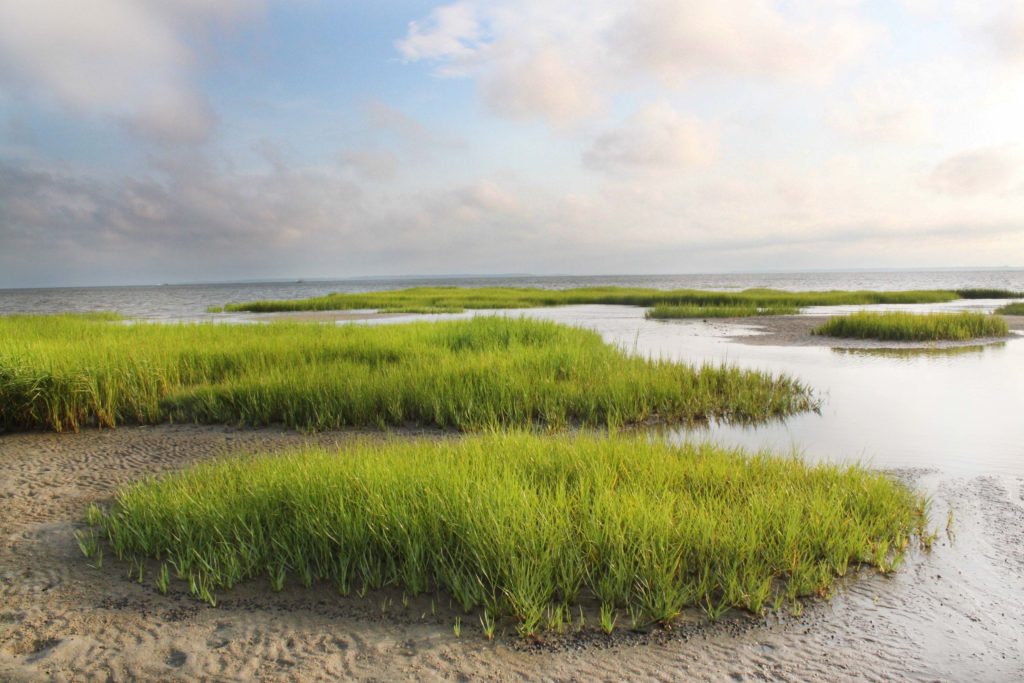 During each and every day of the year, we witness a regular event that constantly transforms  the salt marsh.

Referred to as the “heartbeat” of the Lowcountry, the tide nourishes and revitalizes all the winding, twisting, grassy-edged creeks and rivers that define our landscape.

Several aspects of our place make it unique among landscapes. To start with, there is no fresh water of significant size flowing into our tidal waterways. Broad Creek, on Hilton Head Island, is better described as a finger off the ocean that absorbs the tide. The water in Broad Creek is nearly as salty as the ocean.

Also, the Lowcountry – so called because of our low elevation – supports large expanses of tidal marshlands.

Finally, we experience the highest tides along the East Coast south of Maine.

Tidal amplitude – the difference between low tide and high tide – is largely influenced by the position of the moon. During the full moon and new moon – when the gravitational pull on the earth is the greatest – the tidal range in our area can be 10 feet. These are called “Spring” tides.

As the moon waxes at the 3rd quarter or wanes at the 1st quarter, the gravitational pull on the earth is weakened. During these times, the tidal amplitude averages about six feet. These are called “Neap” tides. Together with the influence of the moon, the concave curvature of our coastline causes the spring tide to be extreme.

During this time of year, it is the tide that flushes wracks of last year’s crop of cordgrass from the marsh and carries it out and onto our beaches, where it forms the foundation of our dune system. On the beaches, these wracks of decaying cordgrass collect blowing sands and, as they continue to deteriorate, provide an essential food source for hungry shorebirds.

In addition to such a distinctive landscape, the wildlife during late spring/early summer never ceases to intrigue me.

Fresh, vibrantly-green grasses are bursting from the mudflats. Birding is spectacular as mating pairs impress with resplendent plumage and color. “Chirps” and “twills” and “klacks” create a mesmerizing symphony and the aroma of the rich and revitalized habitat permeates the air.

Get Outside and experience the beauty of the Island for yourself!

For over 30 years, Outside Hilton Head has provided personalized adventures for all ages. 843-686-6996 or www.outsidehiltonhead.com.