S.C. Department of Natural Resources (SCDNR) conducted the survey. This year the survey had 180 participants, and 859 orioles were reported. This was double SCDNR’s largest previous participation and almost double the largest number of orioles tallied.

SCDNR’s survey Feb. 12-15 was held in conjunction with the Great Backyard Bird Count (GBBC). The combination of these citizen-science projects allowed SCDNR to get a better picture of the status and distribution of this beautiful songbird wintering in the Palmetto State.

Participants counted and reported the largest number of orioles they could see at one time, in one view, on one, two, three or all four days of the survey period.

When possible, the age and sex of the orioles were recorded as well. Participants reported the absence of orioles, compared to past winters. Reporting the absence of orioles is just as important to the survey as the number of orioles seen. Even if participants were unable to participate during the survey period, they could report the numbers of orioles, using the same counting procedure as for the survey, to report oriole numbers seen during the winter months (December, January and February). 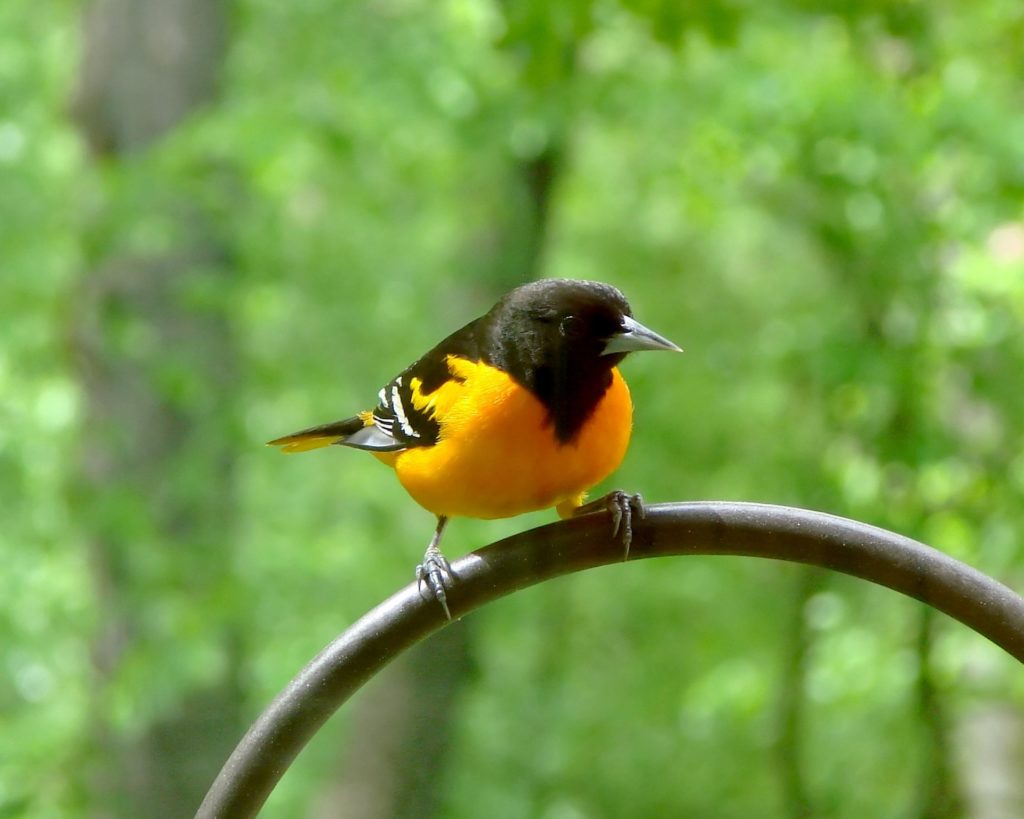 “We had an impressive 124 new participants this year, due to survey announcements through press releases and social media outlets.”

Also, increased interest in bird-feeding activities, spawned by the COVID-19 pandemic, contributed to the awareness of this species visiting feeders.”

“The weather during the survey period, rainy and cold, likely had orioles frequenting feeders more often than in previous surveys. Feeders provided them with food resources, while weather conditions were not favorable for foraging for natural foods.”

The majority of the orioles reported ranged from the Midlands and throughout the coastal plain, from North Myrtle Beach to Hilton Head Island. Charleston County had the most reports, 49 percent of total reports, and recorded the largest number of orioles.

The GBBC and the SCDNR reported a total of 637 reports and 2,035 orioles this year in the United States.

South Carolina had the largest number of reports and reported the largest number of orioles for the seventh year in a row. Baltimore orioles are neotropical migrants and the majority of the population migrates to South and Central America during the winter. South Carolina, along with additional Southeastern states, has a history of wintering orioles, but their numbers have grown steadily, for the last several decades. Growing numbers seem to correspond with the increased interest in winter bird feeding.

Orioles by nature have a “sweet tooth” and will eat nectar, fruits and insects.

Their favorite bird-feeding food by far is grape jelly. People often put oranges out to attract the orioles to the feeding area. Other items orioles will eat are suet products (homemade, cakes, bark butter, logs, etc.), sugar water (they will drink from hummingbird or oriole nectar feeders), seed mixes (seem to prefer nut and fruit mixes), sliced grapes and mealworms (live or freeze-dried).

“We would like to thank everyone that participated in the survey,” said Glover.