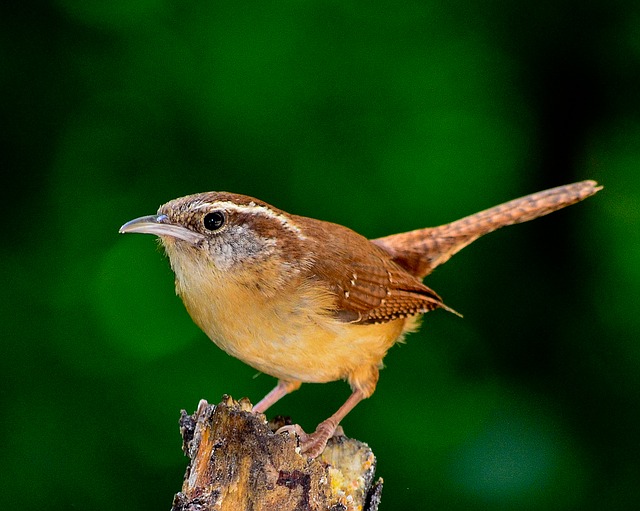 The Carolina Wren (Thryothorus ludovicianus) is a common species of wren, resident in the eastern half of the USA, the extreme south of Ontario, Canada, and the extreme northeast of Mexico. A distinct population in the Yucatan Peninsula of Mexico, Belize and extreme north of Guatemala is treated either as a subspecies Thryothorus ludovicianus albinucha, or as a separate species, White-browed Wren (Thryothorus albinucha). Following a 2006 review, these are the only wrens remaining in the genus Thryothorus. Its specific name ludovicianus means “from Louisiana”.

Tea is an aromatic beverage commonly prepared by pouring hot or boiling water over cured leaves of the tea plant, Camellia sinensis. After water, tea is the most widely consumed beverage in the world. It has a cooling, slightly bitter, and astringent flavor that many people enjoy. The first place that tea was grown in the United States was in South Carolina in 1799.  The only one in the US.

Yellow Jasmine (Gelsemium sempervirens) is a twining vine in the family Gelsemiaceae, native to warm temperate and tropical America from Guatemala north to the Southeastern United States. It has a number of common names including yellow jessamine or jasmine, Carolina jasmine or jessamine, evening trumpet flower, gelsemium and woodbine. It can grow high when given suitable climbing support in trees, with thin stems. The leaves are evergreen. The flowers are borne in clusters, the individual flowers yellow, sometimes with an orange center, trumpet-shaped. Its flowers scent and nectar attracts a range of pollinators.

Shag! Smooth and easy—that’s what the Shag is all about. The pride of the Carolinas, the Shag (or the Carolina Shag) became popular during the big band era of the late 1930s. Born on the shores of North Myrtle Beach, the Shag is South Carolina’s official state dance. This easy-going dance is a slower version of the jitterbug (also called swing). If you love moving to beach music, old Motown, R&B, oldies, country, top 40, and disco, then the Shag may be just the dance for you.

The Boykin Spaniel was first bred in South Carolina near Spartanburg. This southern water spaniel’s breed adapts to the moderate climate of the southeastern USA. Coat length and density vary widely due to the variety of breeds that make up the recent background of this breed. Any coat type is acceptable, with some being almost curly like an American Water Spaniel to some with very straight fur like a Field Spaniel. Length is normally 1-2 inches throughout the body. A few bloodlines throw shorter, straight coats much like a Labrador.

The Peach (Prunus persica) is a deciduous tree, native to China and South Asia, where it was first cultivated. It bears an edible juicy fruit also called a peach. The species name persica refers to its widespread cultivation in Persia. It belongs to the genus Prunus which includes the cherry and plum, in the family Rosaceae. The peach is classified with the almond in the subgenus Amygdalus, distinguished from the other subgenera by the corrugated seed shell. South Carolina is the second largest producer of peaches, behind California and ahead of Georgia (the Peach State).

Their diets consist mainly of forage fish. Dolphins often work as a team to harvest fish schools, but they also hunt individually. Dolphins search for prey primarily using echolocation, which is similar to sonar. They emit clicking sounds and listen for the return echos to determine the location and shape of nearby items, including potential prey. Bottlenose dolphins also use sound for communication, including squeaks and whistles emitted from the blowhole and sounds emitted through body language, such as leaping from the water and slapping their tails on the water surface. 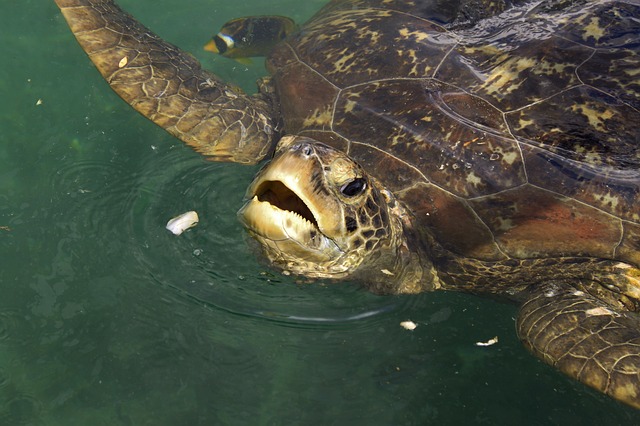 The Loggerhead sea turtle (Caretta caretta), or loggerhead, is an oceanic turtle distributed throughout the world. It is a marine reptile, belonging to the family Cheloniidae. The average loggerhead measures around 35 inches long when fully grown, although larger specimens of up to 110 inches have been discovered. The adult loggerhead sea turtle weighs approximately 300 lb., with the largest specimens weighing in at more than 1,000 lb. The skin ranges from yellow to brown in color, and the shell is typically reddish-brown. The Loggerhead is a threatened species that nests on the shores of South Carolina.

Boiled peanuts are popular in some places where peanuts are common. Fully mature peanuts do not make good quality boiled peanuts. You must use raw or “green” ones. “Raw” denotes peanuts in a semi-mature state, having achieved full size, but not fully dried. After boiling in salt water they take on a strong salty taste and become softer with the length of cooking. The most flavorful peanuts for boiling are the Valencia type.