September in the Lowcountry is a great time to get outside. 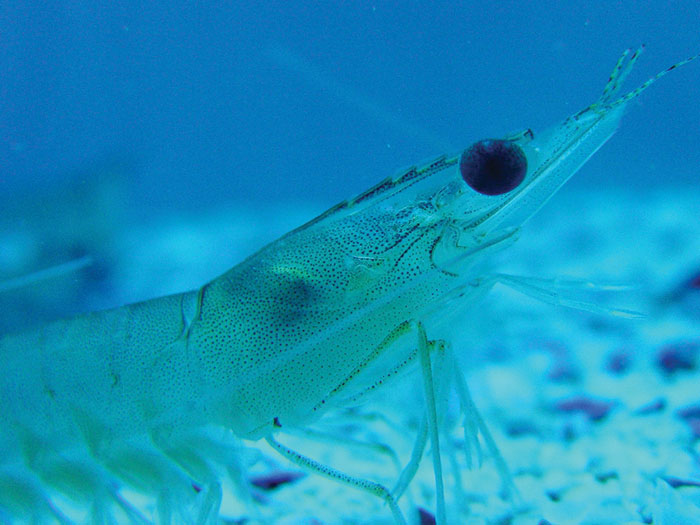 It’s a time to take advantage of cooler temperatures and eat some great seafood. It’s at this time of year that the popular white shrimping season hits its peak, and everyone has a great opportunity to see, catch and eat these delicious little animals.

Classification of “shrimp” is a hot debate in the scientific community.

There is a wide disagreement on the classification of various species. The term “shrimp” is generally used to identify crustaceans whose bodies are designed for swimming rather than walking. Shrimp have powerful swimming tails, but delicate walking legs, unlike their cousins the crab and the lobster. Different species of shrimp are found in waters around the world, in both freezing arctic waters and balmy equatorial regions. Regardless of their locale, shrimp form a crucial link in the aquatic food chain; supplying dense protein source to fish and whales, while cleaning their environments by consuming detritus of decaying plants, animals, sponges and corals.

Here in the Lowcountry, we have two significant shrimp species: brown and white.

Both spend the majority of their lives (one to nine years) cruising the ocean floor at depths up to 500 feet. In late winter, once the ocean reaches a warm enough temperature, they begin to spawn. An average female will lay one million eggs each time she spawns, and will spawn at least three times a year. The male fertilizes the eggs as they are laid, and the millions of microscopic shrimp begin to grow.

Once they reach a certain size, the free-floating larval shrimp are pushed by the tide into shallow marshy areas.

Here they have plentiful decaying matter to eat, develop their swimming legs and get larger. Growing shrimp use the nooks and crannies in the spartina grass as safe hiding places. As fall temperatures move in, the now adult shrimp begin their journey back to the deep ocean. They use wind and currents to move most effectively.

Shrimping season in our area opens in early spring, when scientist determine that the spawning season has ended. The season runs until December, when spawning begins again. But it is in the fall that the large groups of new adult shrimp are waiting to be washed out to the deep ocean, and are the main target for shrimpers.

Shrimp have been a valuable food source in our part of the country for a very long time.

In fact, the oldest fossil record indicates human consumption of shrimp dates to 600 AD. It was found along the Carolina coast. Native Americans living in our local area created sophisticated shrimping methods. They used Spanish moss and plant fibers to create nets and traps. Americans’ appetite for shrimp has continued to grow. In 2002, shrimp became the most consumed seafood per capita in the United States. The growing demand led to overfishing of shrimp worldwide, and the development of shrimp farms, particularly in Asia.

Most consumer available shrimp comes from farms where it is harvested and frozen.

Here in the Lowcountry, fresh caught wild shrimp is available most of the year. They can often can be purchased within minutes of coming off of the boat. It is a definite perk of this part of the country. Despite being incredibly delicious, local wild shrimp is very healthy. They contain the powerful antioxidant, astaxanthin. They also provide vitamins B3, B5, B12, A, E, zinc, iodine, omega 3 fatty acids and selenium.

This September, get Outside shrimping and enjoy eating this local favorite!

Outside Hilton Head provides all ages with personalized adventures. Kayaking, fishing, nature and dolphin tours to kids’ camps, history excursions, family outings and stand-up paddle boarding are offered. Don’t miss the guided full moon kayak tour, which explores the salt marsh. For more information about these activities, call Outside Hilton Head at 843-686-6996 or go to www.outsidehiltonhead.com.