Did you know that Mathews Drive, a main thoroughfare on Hilton Head Island, is named after the island’s first resident minister? 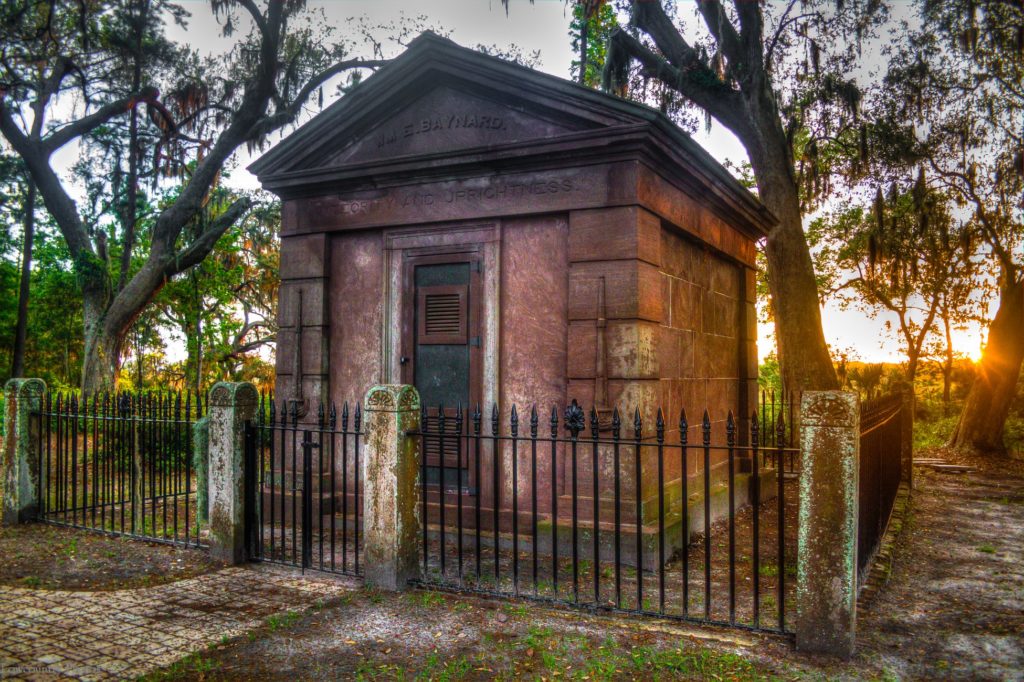 Rev. Philip Mathews first arrived on Hilton Head Island in 1811, when he rowed across to Ferry Point, long before a bridge connected the island to the mainland. Rev. Mathews preached a sermon at the Zion Chapel-of-Ease, a simple frame structure originally built in 1788 by Isaac Fripp and Captain Jack Stoney. He became the church’s permanent minister several years later, marrying, settling at Sand Hill Plantation and fathering several children.

Religion played a central role in life on Hilton Head Island in the 19th century.

Although the reverend ministered at churches in Columbia, South Carolina and St. Helena, South Carolina, the chapel on Hilton Head Island occupied a special place in his heart. Rev. Mathews served as a beloved member of the community until his death in 1828.