Thinking of taking a day trip to Beaufort during your visit to the Lowcountry?

If you are a history buff, we’ve put together options are sure to inform and and make for an awesome day! 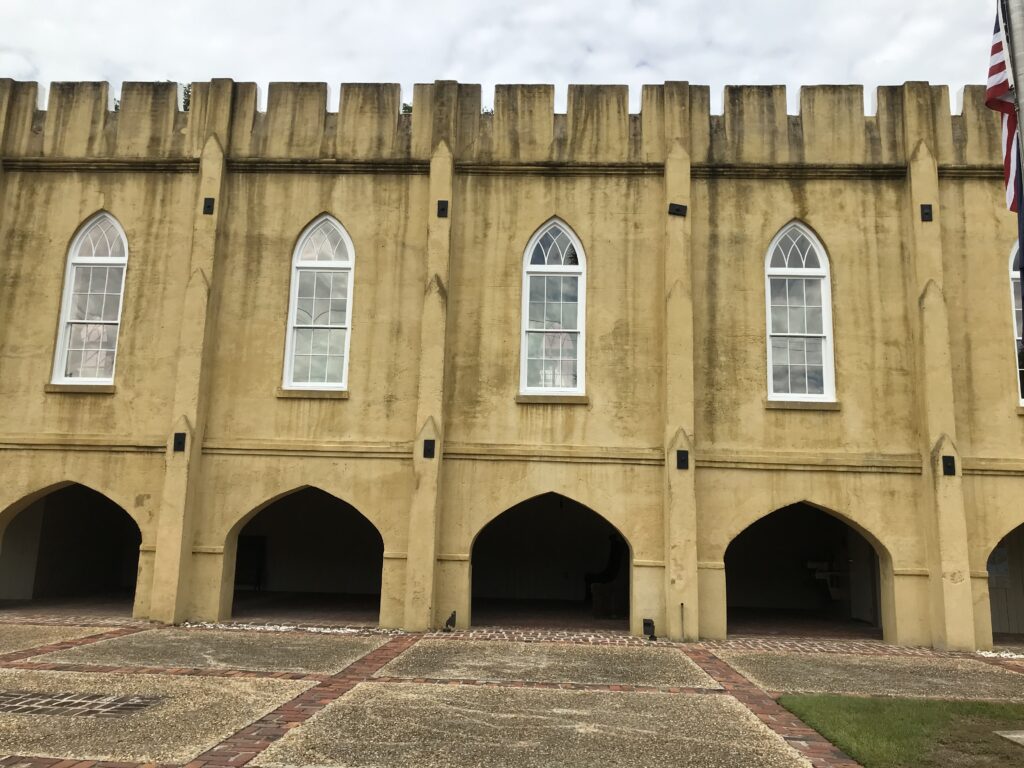 The Arsenal was built in 1798, and home to the Beaufort Volunteer Artillery, commissioned in 1802. This company was originally organized in 1776 and served in the American Revolutionary War. They were the 5tholdest military unit in the United States. Brick and tabby; an early form of concrete made from lime, sand and oyster shells make up the structure. It has taken part in every war fought on native soil. Brass trophy guns, captured from the British in 1779, seized by Union forces in 1861 and later returned lie in the yard. The property now serves as Beaufort Visitor’s Center and Museum.

The Parris Island Museum contains over 8,000 sq ft of gallery space dedicated to teaching the long and honored history and traditions of the Marine Corps. Visitors to the museum will find inspiration from stories told through artifacts and images of Marines who have served our nation.

Fort Fremont is located on St Helena Island in Beaufort County. Constructed in 1899, its purpose was to defend Port Royal Sound as a modern coastal defense system. Earthen bulwarks are in place to protect the harbor side of the fort, which accommodated many disappearing guns and a rapid fire battery. Beaufort County recently purchased Fort Fremont to preserve the historic site and make a public park.

This once vital military structure now serves as Beaufort Visitor’s Center and Museum. Inside visitors will find relics of nature, war and early industry. The Arsenal also has local attraction information.

Spend an hour of your day with a local tour guide in a horse-drawn carriage. You will come away from the experience with knowledge of our rich heritage and interesting tales of local folk lore.

The Tabernacle Baptist Church was built by the African American members of the Beaufort Baptist Church after Federal occupation of Beaufort in 1861. The churchyard cemetery is the final resting place of Robert Smalls. Smalls was a slave who rose to greatness during the Civil War.

The John Mark Verdier House is located in Historic Beaufort. Marquis de Lafayette, a prosperous merchant and planter, visited the Federal style house in 1825. It also served as headquarters by Union officers during the Civil War. The house is now a museum. Tours are available every hour on the half-hour, Monday thru Saturday.

Built in 1724, St. Helena’s Episcopal Church  is one of the oldest active churches in North America. Brick, carried over in the ballast area of ships make up the structure. Stucco covers the brick, creating a smooth surface. St Helena’s most noted parishioner during the Revolutionary era was Thomas Heyward Jr, a signer of the Declaration of Independence. The church houses a Communion set, gifted in 1734 by Captain John Bull in memory of his wife, who disappeared during the Yemassee Indian War. The remains of Colonel John Barnwell, better known as “Tuscarora Jack” lie in the church cemetery. He was a famous Indian fighter and former of Beaufort Town in 1711.

Chapels of ease were built during the Colonial Period as houses of worship for plantation owners and their families. One such structure is located on St. Helena’s Island. The Sea Island rice plantations were located too far from the churches of Beaufort. A forest fire destroyed most of it in 1886. All that remains today are tabby walls and a cemetery. Today the Chapel of Ease remains as a peaceful and tranquil reminder of Sea Island life.