South Carolinians possess a fierce independent streak. For better or for worse, we’ve even been known to be downright rebellious, from time to time.

We certainly admire the Old World’s great wineries – and like them – but we also understand the secret to making great wines lies in staying true to our “down home” values in making wine from superior local fruit. Local wineries are crafting uniquely American wines that are as rich and diverse as America itself. In South Carolina, leading the revolution, is that All-American grape: The Muscadine.

Similar to the palmetto tree and live oaks adorned in necklaces of Spanish moss, the Muscadine grape thrives in the steamy Southern climate. Their thick skin drinks up the hot, Southern sun and produces a grape so sinfully sweet it verges on decadence.

Like many things in the South, Muscadine wine was a homegrown family affair until about a generation ago. 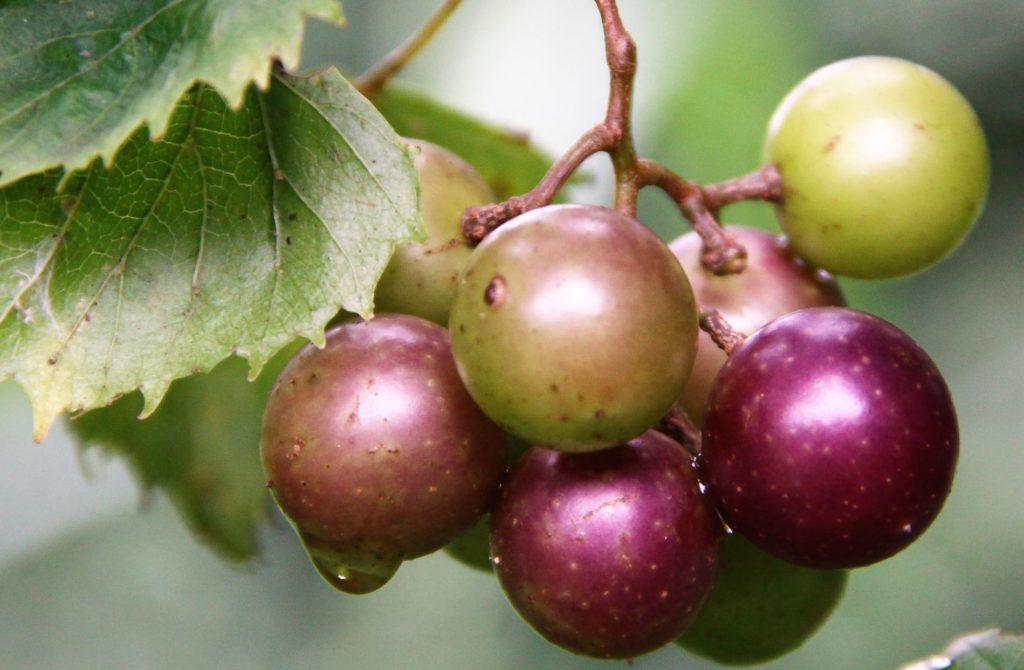 Subsequently, most people’s memories of Muscadine wine are only as good as the home winemaker. Some fondly remember an off-dry genteel wine with subtle notes of honey and papaya, while others still awake from nightmares with the taste of a cloying potion tasting more like medicine than wine.

Red, white, pink, sweet or dry, Muscadine wine still covers the entire spectrum of flavors and colors depending on the winery and winemaker. With such versatility and diversity, it’s easy to see why local winemakers are enthralled with this local hero.

Evidence suggests Native Americans appreciated the fruits of the Muscadine vine for thousands of years. People have been enjoying Muscadine wine on Hilton Head for 500 years. The Spanish explorers who first visited the Island in 1521 likely vinted their Muscadine wine in St. Augustine.

Muscadine wine has literally been a staple in Island cuisine from the beginning.

Fast-forward 400 years and Muscadine wine is taking the sting out of Prohibition in the 1920s. That old South Carolinian virtue of perpetual rebelliousness, combined with a small legion of enterprising wine makers, moonshiners and rumrunners, ensured Americans kept on dancing the Charleston.

The local Gullah community made both Muscadine wine and Muscadine sherry. This took place centuries before any commercial wineries opened on Hilton Head Island. The Gullahs are descendants of former West African slaves. They resided on the sea isles of Carolina and Georgia. The community integrated Muscadine wine into their rich and savory cuisine. Muscadine is robust enough to be the perfect companion to a hearty shrimp gumbo. And, yet, it is smooth enough to put the “tipsy” in traditional Gullah tipsy pudding. Hilton Head’s own Island Winery offers a sweet white Muscadine wine. It is inspired by the classic Gullah-style wine and is perfectly suited for pairing with Hilton Head’s local seafood.

Modern science has long ago confirmed what most Southerners already knew about Muscadine: It’s in a class by itself.

Genetically speaking, Muscadine is related to Chardonnay or Concord grapes the way a Siberian tiger is related to your house cat. This tiger of a grape is producing wines that are winning international competitions, proving that you can literally bottle “Southern charm.” So this summer, put down that Merlot and explore the endless possibilities Muscadine has to offer.

For a great selection of award-winning wines, ranging from Old World vinted dry wines to Low Country Specialty wines, made on Hilton Head Island stop by Island Winery at 12A Cardinal Road. 843-842-3141 or www.islandwinery.com.