Luckily for us, upstate South Carolina abounds with all kinds of apple varieties. 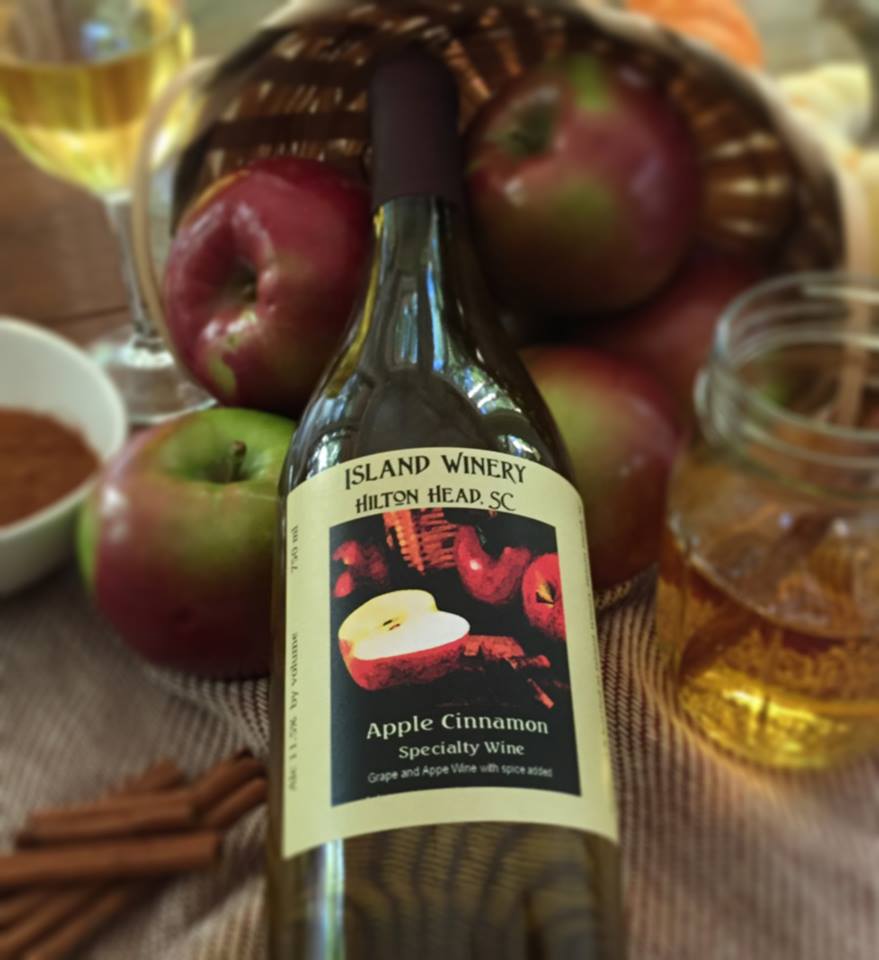 All of these make apple cider and delicious pies and available for purchase at your nearby farm stand. And while it’s apple pie that has come to symbolize our nation, apple spirits have their place in Americana too!

We’ve all heard about the legendary Johnny Appleseed, of course, whose many years planting seeds in the early 1800s established orchards throughout the American Midwest. His trees yielded small, tart apples (that we would not consider edible), used to make hard cider and applejack, each of which had their parts to play in early American History.

Naturally fermented cider or “hard cider” was, by far, the most popular drink of the Colonial Era. It was a practical drink, as apple trees grew easily in the colonies and drinking water sources were often tainted with harmful bacteria. Hard cider had an alcohol level high enough to stave off bad bacteria, but low enough to not “cloud the mind.” Because hard cider was so ubiquitous then, most apple trees planted during those times were for drinking rather than eating.

Applejack, also very popular in the Colonial Era and in production here since 1698, had its own place in American history.

Its name comes from the term “jacking,” which is the process of freezing fermented cider and then removing the ice to get a highly concentrated liquor. In those times, this sort of distillation was done outside in winter, and resulted in some foul-tasting flavors and a harsh, rugged product that contained both methanol and ethanol. Nowadays, commercially available apple brandy or applejack is distilled, barrel-aged and sometimes filtered through charcoal to produce a smooth and delicious aperitif.

Finally, apple wine is an American spirit that remains popular today. And though it’s sometimes used interchangeably with hard cider, there are important differences in their production. Hard cider is made from a simple fermentation of apple cider brought on by the addition of yeast. It is bottled early to preserve its bubbles, so in many ways it is similar to beer. It turns fiizzy with a low alcohol content (about 6%). When making apple wine, extra sugar is added to the apple juice during the fermentation process.

That additional sugar converts to alcohol, thus raising the alcohol content to between 10% and 12%. They age the apple wine for a short time before it is bottled and put on the market. The finished product resembles a white wine. At Island Winery, we take fresh cider, add sugar and allow it to ferment. When the wine has aged for a few months, we add a hint of cinnamon and a touch of sugar to produce our rich and classic Apple Cinnamon Wine. Delicious!

The perfect bottle of hand-crafted artisan wine awaits at Island Winery on Cardinal Rd. Wine by the glass, cheese platters and tastings are available Monday-Saturday from 12:30-5:30 p.m. and Sunday from 12-4 p.m. (843) 842-3141 or www.islandwinery.com.