The towering 12-foot bronze statue of Neptune serves as an iconic symbol of Shelter Cove Harbour at Palmetto Dunes. 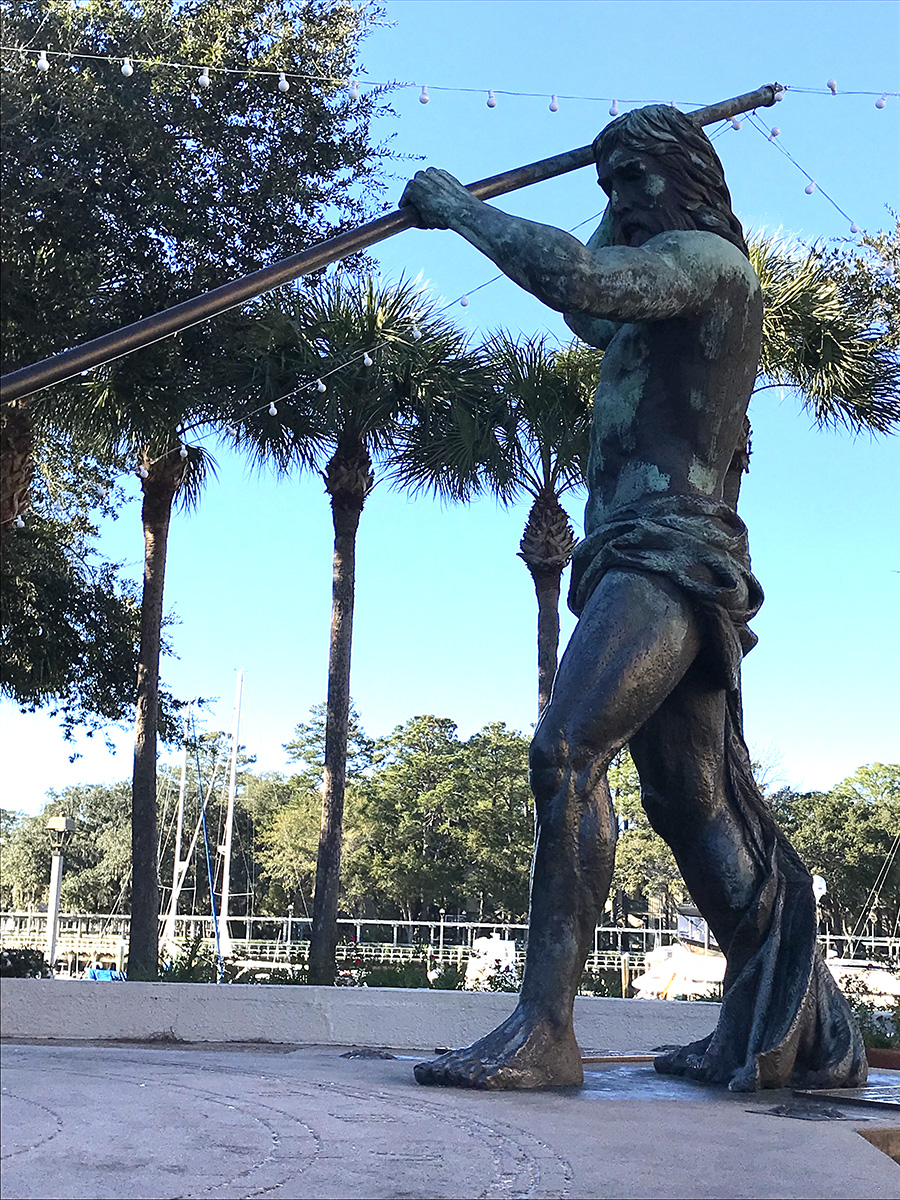 The King Neptune statue doubles as a larger-than-life sundial. It also welcomes visitors to Shelter Cove, a popular waterfront dining and shopping location.

Designed and installed by sculptor Wayne Edwards, this much-loved statue serves as a tribute to the Roman god of the sea. It depicts a bearded Neptune holding his signature trident, serves as the centerpiece at Shelter Cove Harbour. The statue is strategically mounted on a circular base with numbers around the edge. When the trident’s shadow falls across the 26-foot wide base, the numbers indicate the precise time. It is hailed as the world’s largest figurative sundial. King Neptune was originally cast at a foundry in Princeton, NJ and shipped by truck to Hilton Head in 1983.

Engineers made meticulous measurements before the one-ton statue was installed, ensuring that it would be located at the ideal angle to indicate the time.

Engineers oriented the sculpture towards true south by aligning the constellation Ursa Major with the North Star.

An official dedication for the statue was held at Shelter Cove Harbour on August 11, 1983, attracting residents and visitors alike. Today, the Neptune statue delights generations of visitors to Shelter Cove Harbour. Stop by to see King Neptune in person and to experience a true Hilton Head Island icon.