With the humidity lowering and the cool breezes of fall blowing in, down South we are ready for oyster season. 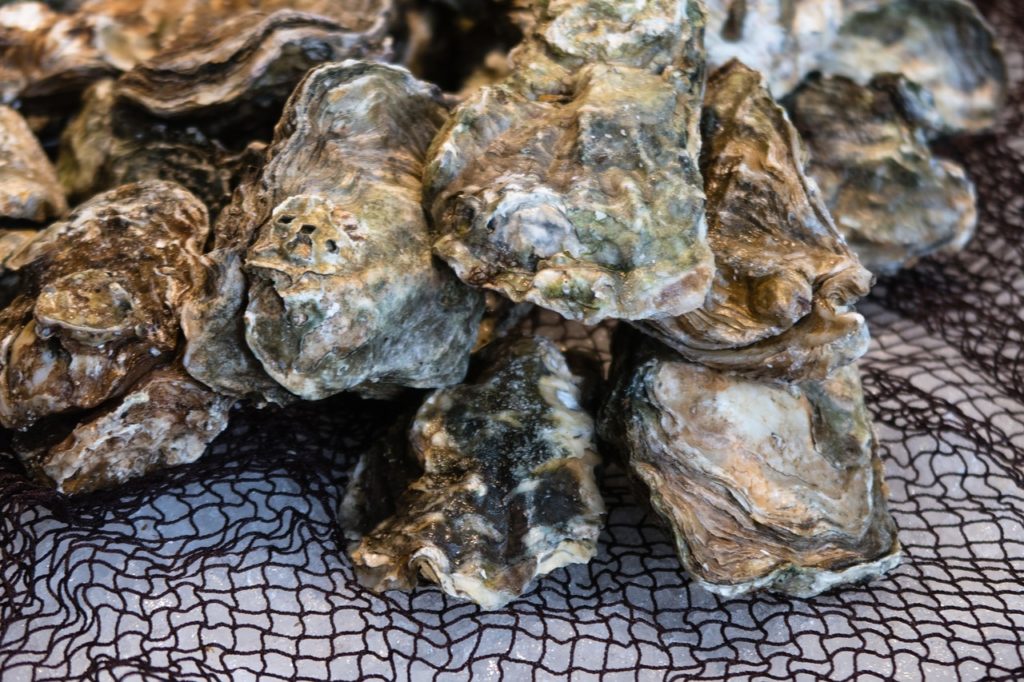 There is nothing better than sharing an Oyster Roast with friends and family, but in order to keep this Southern tradition alive, oyster populations must be maintained. We can all help out!

These creatures are a keystone species for our estuary systems.

The oyster reefs provide habitat to a number of different organisms, such as fish, shrimps, crabs and other mollusks. The oyster reefs also act as natural breakwater, absorbing wave energy that could potentially be harmful to our shores. They are also the number one water filter we have in South Carolina. One oyster can filter 2.5 gallons of water every hour – that’s 50 gallons of water a day!

Eastern Oysters can be found in our intertidal zone and thus are very tolerant creatures. They can withstand great variations in temperature and salinity. They eat by filter feeding phytoplankton out of the water column.

Reproduction takes place in the summer months when the water temperature is greater than 68 degrees.

During reproduction, oysters release free-swimming larvae called Spat. This spat is carried through our waterways by tides and currents looking for hard substrate to attach itself to, called Clutch.

The best thing for spat is to attach to another oyster shell. It can also fasten to wood, concrete or other forms of shells. Once the spat has found a suitable clutch, it will develop a full shell within 12 to 24 hours. Oyster populations are declining all along the Atlantic Coast.

Over-harvesting, the destruction of oyster habitat, water pollution, coastal development and wake from recreational boats are all contributing factors. Tens of thousands of bushels are harvested off of the U.S. Atlantic coast each year, but less than 10% percent of the harvested shells return to our waterways. Without these shells being placed back into the water, the oyster spat are finding less clutch to grow on.

South Carolina Oyster Restoration and Enhancement (SCORE) is a program started by the Department of Natural Resources of South Carolina to increase our Eastern Oysters.

Volunteers work together to plant clutch material in order to recruit more juvenile oysters. They have also established Oyster Recycling facilities, where both commercial companies and individuals can deposit used shells, to be placed back into our waterways.

Since May of 2001, SCORE volunteers using 500 tons of shells have built 188 reefs on our coast. Old shells are quarantined for up to 6 months and then are placed into plastic mesh bags. These bags stop the shells from breaking down and become a part of the reef. The bags are placed in designated areas, usually in tidal creeks and adjacent to salt marshes, during the oyster spawning season. For more information on SCORE, visit www.score.dnr.sc.gov.

To make reservations for the Alligator and Wildlife Tour, call 843-686-5323. For details on other water activities offered by H2O Sports, visit www.h2osportsonline.com.