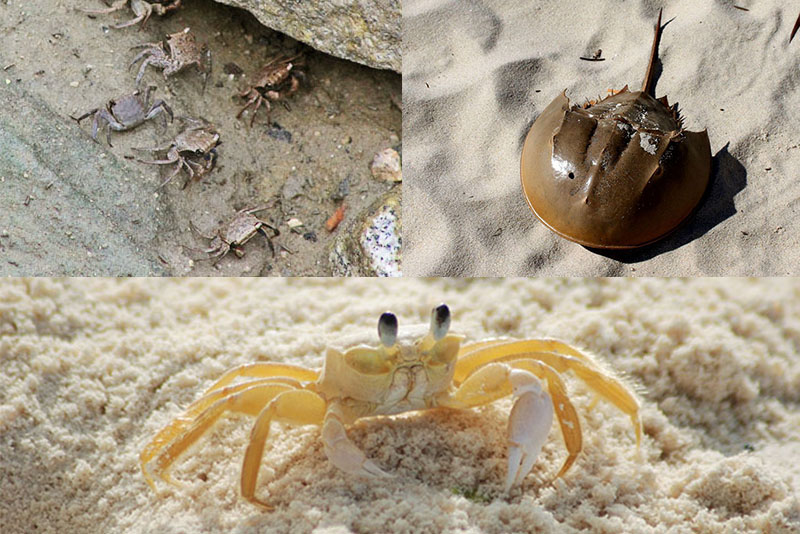 As a longtime kayak guide on Hilton Head and in the Lowcountry, I have seen and experienced the great variety of wildlife in our marshes, beaches, woods and waterways. I have always been fascinated by the abundant variety of crab species that call these places home. From the microscopic to the large, inhabiting all of our diverse environments, crabs in the Lowcountry get around.

All Lowcountry crab species begin their life as microscopic planktonic larvae, floating in tidal currents until they are large enough to start their varied life on land and in the water. The smallest adult species of crab is less than a centimeter across and very difficult to spot because of its unique lifestyle. That is the oyster crab, which lives most of its life within the shell of oysters or other bivalves. Oysters pull water into their shells and through their bodies, filtering out food particles. The oyster crabs unique relationship with the oyster allows it to get in on this feeding technique and consume some of the food the oyster intends for itself. Although you can occasionally see oyster crabs scuttling along oyster beds or hanging on pieces of marsh grass, they are most commonly spotted at Lowcountry oyster roasts. Diners will crack open their steamed oyster to find these perfect little crabs cooked inside. Some think it’s good luck to get an oyster crab in your oyster, and all who are daring enough to eat their little bodies agree they are delicious. 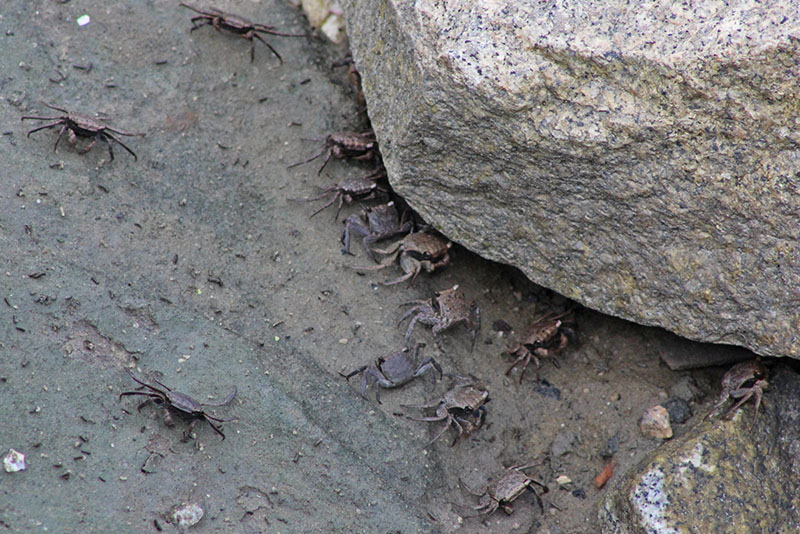 A slightly larger cousin of the oyster crab is the squareback marsh crab, also known as wharf crab or box crab, which grows to roughly two centimeters. It is characterized by its dark brown appearance and rectangular shell. This species of crab is everywhere. You can find them hanging out with their similar sized friends, the fiddler crabs, in marshes, on docks and wharfs, at the beach and in the woods. Some highly mobile members of the species have been found as far as 100 miles inland. The reason they have such a wide range of habitats is that they are true omnivores; they will eat anything from small fiddler crabs, insects, snails, fresh marsh grass, decaying leaves, fungi and plankton. 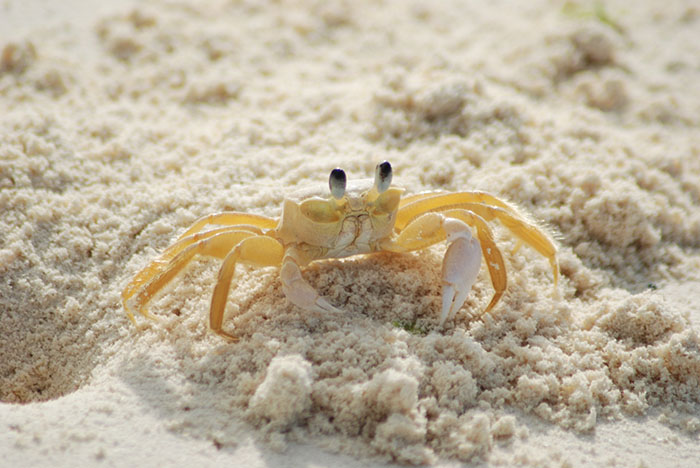 One of my favorite activities on Hilton Head is walking the beach looking for shells and other wildlife. It’s a special treat when I can spot the illusive ghost crab, by far the fastest and most agile crab species around. The ghost crab measures roughly seven centimeters across and is characterized by is whitish yellow clear shell. Since they are so fair in color and live in the hot, harsh beach environment, ghost crabs dig burrows to protect themselves. Young crabs choose to burrow closer to the water line, where the older crabs dig further up the beach. Their burrows range in the size of the opening from three centimeters to almost 10 centimeters and can extend as far as four feet deep. During the day they mostly stay within these burrows, preferring to come out at night to scavenge for food and wet their gills. 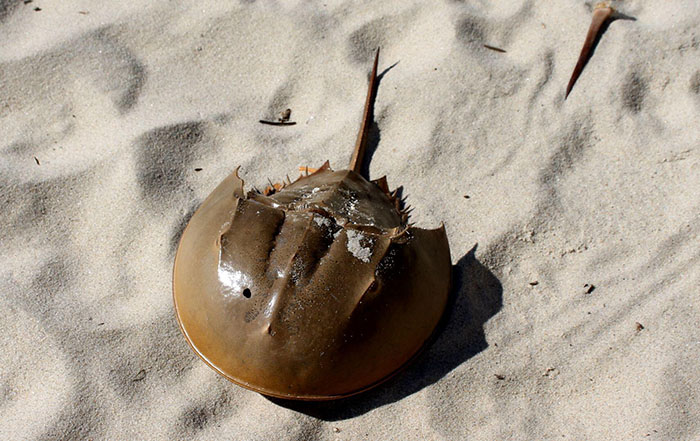 The largest crab to be found in the Lowcountry is not actually a crab at all. The horseshoe crab is in fact most closely related to trilobites that existed 544 million years ago, and is in a class of species that includes insects and spiders. Like many species of “real crabs,” horseshoe crabs eat a varied diet of clams, oysters and other animals. But, these living fossils have no teeth! Instead they use their strong legs to mush up their prey before passing it to the mouth. Like birds, horseshoe crabs have gizzards, which filter out all the hard, indigestible parts before entering the stomach.

There are many other types of crabs to be seen in the Lowcountry, including the fiddler crab, blue crab, stone crab, spider crab and hermit crab. Each has it’s own set of interesting behaviors and adaptations. Get outside on a tour of our local natural places and see some of them for yourself!

Written by Jessie Renew with Outside Hilton Head, which provides all ages with personalized adventures, from kayak, fishing, nature and dolphin tours to kids’ camps, history excursions, family outings and stand-up paddle boarding. Don’t miss the guided full moon kayak tour, which explores the salt marsh. For more information about these activities, call Outside Hilton Head at (843) 686-6996 or go to outsidehiltonhead.com.