The golf scene is no small feat in Palmetto Dunes, where guests will find three 18-hole courses designed by and named after different famed golf architects. Each course holds its own obstacles, with bunkers and water hazards, and its own beauty. It’s the place where champions practiced and perfect their swing. Beautiful palmetto trees line the Arthur Hills and George Fazio Courses, while the Robert Trent Jones Course stretches along the ocean, giving golfers a spectacular view.

Want to play golf on a course where Tiger Woods and Phil Mickelson practiced in their early years as collegiate athletes? This Palmetto Dunes course, which was built on rolling dunes, presents players with off-balance lies and windy conditions. The lagoon system winds around 10 holes, so you don’t just get a game of golf, but one with a view! 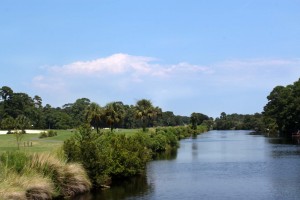 Check out the only par-70 course on Hilton Head! Many say that the George Fazio course is one of the most challenging on the island, with its long play and precision demands. It was named after its famous designer and architect, George Fazio, who created this course with small greens and undulating surfaces. It’s one of the island’s must play courses, with 81 sand traps (the most of any course on the island).

This Palmetto Dunes course not only has one of the only two oceanfront holes on the island, but also a lagoon system that winds through 11 of the 18 holes. This signature course underwent renovations in 2002 to elevate fairways and restructure greens, bunkers and tees, and since has received much praise. This versatile course has big greens with a lot of curves, making it a good course for both beginners and experienced players. And its top-notch drainage system makes it one of the best courses to play on the island after a rainy day. 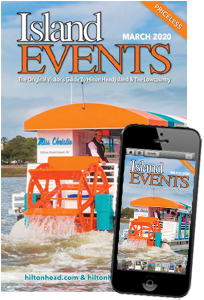 FREE at more than 350 locations in the Hilton Head Island, Bluffton, Beaufort and Savannah areas. The guide provides a comprehensive view of what these locations have to offer in the way of shopping, dining, activities and events. If you would like to preview the guide before your arrival, you can view the guide online.

Scroll Back to Top