All of the restaurants in Shelter Cove attract big crowds during the summer months, but there is one restaurant with a mix of Mediterranean and Lebanese cuisine- the Mediterranean Harbour Bar and Grill. 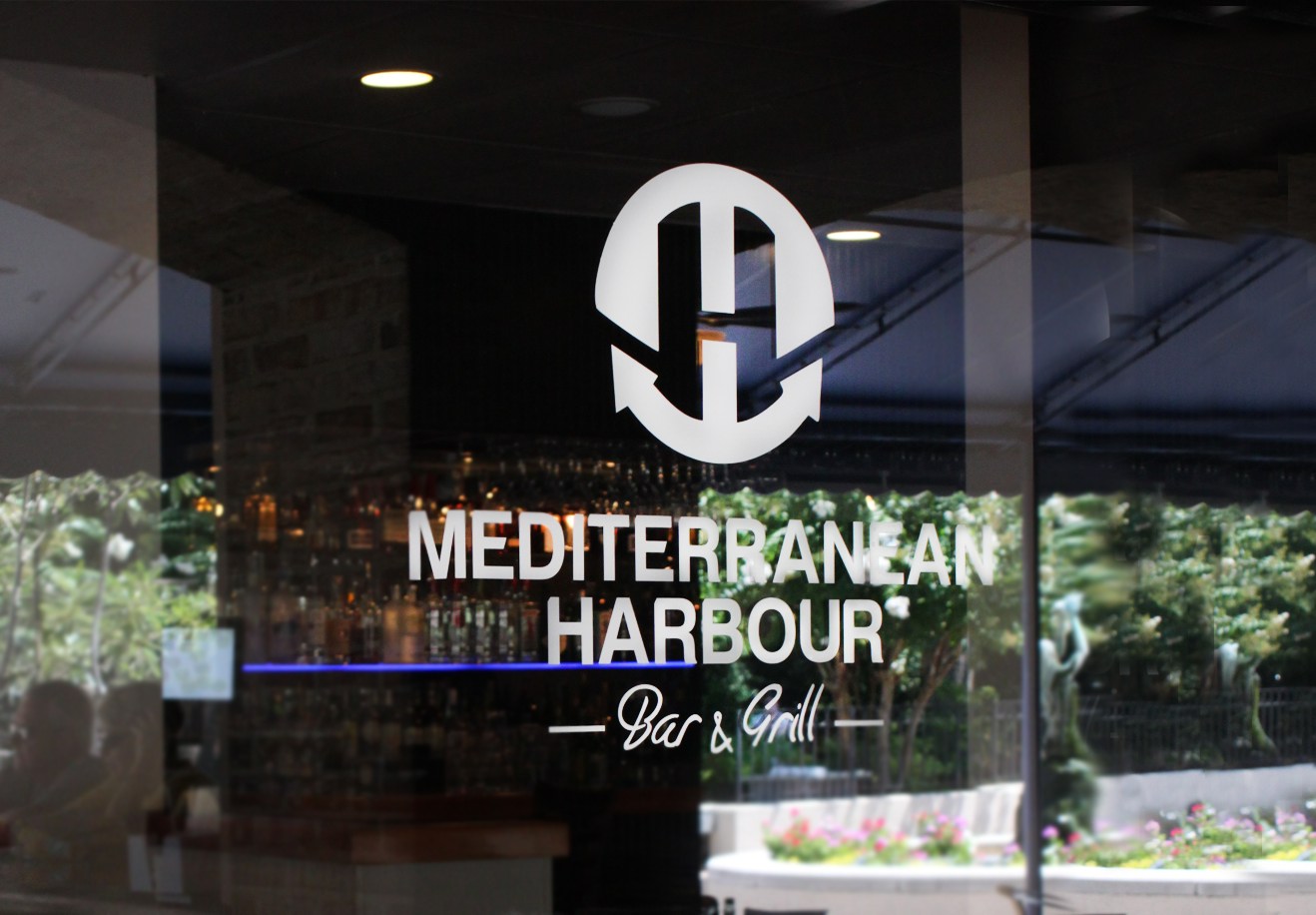 Their cuisine has proven to be more popular than owner Simon Mikhael guessed. “People are loving the food and a lot of people are coming back,” said Mikhael.

It might have something to do with the fact that the recipes are straight from Mikhael’s mom, some of which include a Shawarma Mix, one of the most popular items on the menu. They also serve Shawarma sandwiches, shish kabobs, a Mediterranean seafood platter and Greek, Tabouleh and Fattouch salads.

The idea had been in the back of his mind for three years, but it wasn’t until a year ago that he acted on it.

He started looking for places but the circumstances weren’t right. He couldn’t find the right place, until one day he was walking with his family in Shelter Cove. 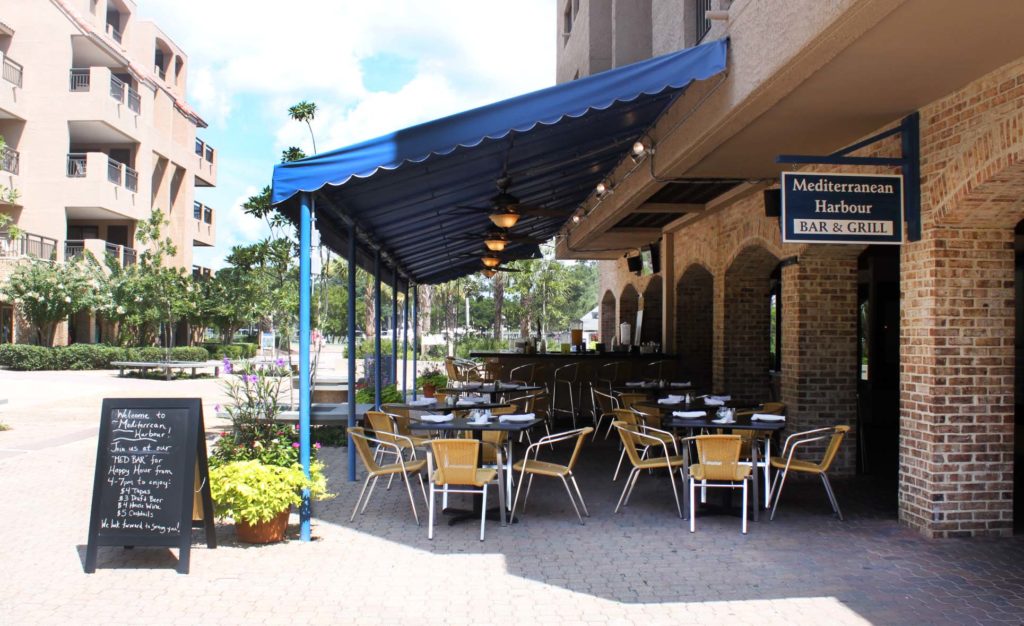 The Parrot Cove Grill and Bar had just closed and there was a space for new restaurant. In December 2013 Mikhael got the go and started renovating the space, installing hardwood floors, new lighting fixtures as well as a new outdoor bar and patio, which seats as many as 24 people. 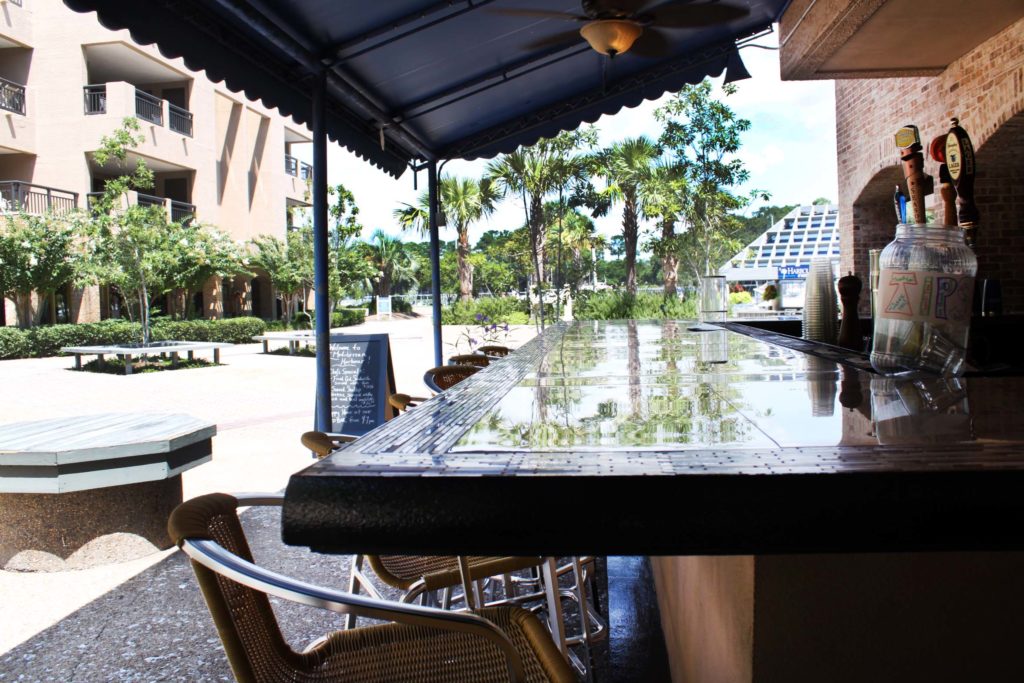 “It’s an awesome feature for people to be able to watch Shannon during the summer and enjoy the weather,” said Kelly Lloyd, the marketing coordinator at Palmetto Dunes Oceanfront Resort.

The licensing and permitting process took another three months, which landed their opening right in the middle of Hilton Head’s busiest season and they’ve gotten some great feedback.

“The chicken was some of the best I’ve ever had,” said Lloyd. “And the salad was really great, not overdone with dressing or anything like that.”

Mikhael’s mom doesn’t just take care of the recipes; she’s also in the kitchen, helping run the show. She oversees all the preparation of all of the meals and if anything needs to be changed or a spice needs to be added, she makes sure it happens.

“There’s a lot of family restaurants on the island that are typical seafood restaurants,” said Lloyd. “But it’s really unique and amazing that we’re able to have a local Mediterranean restaurant with a Mediterranean family running it.”

Mikhael, his mom and their chef, Munjid Yousif, are all from Lebanon themselves. They aren’t looking to give their customers a half-Mediterranean, half-American entrée. They want to give guests authentic meals with fresh ingredients.

“We import our spices and herbs, everything from Lebanon to get the real flavor,” said Mikhael.

They have made several changes to their menu to make sure that customers are getting what they like.

“We changed the menu to accommodate our guests and make sure that this is what they want,” said Mikhael.

They added a tapas section to the menu, as well as more Lebanese dishes. They offer a meat pie and a spinach pie and a lamb platter. Before, they had a mix of lamb and beef but guests requested one with just lamb.

“When people tried our lamb, they wanted more,” said Mikhael.

They hope to become the go to place for Mediterranean and Lebanese food in the Lowcountry.

Mediterranean Harbour is open daily from 11:30 a.m.-9:30 p.m. It serves everything from hummus and falafels, chicken and lamb shish kabobs, sandwiches and baklava. They even have a kids menu with chicken nuggets, a burger and hot dogs.