Can you remember a time on Hilton Head before that rustic little log cabin right off of 278, just inland of Burke’s Beach? 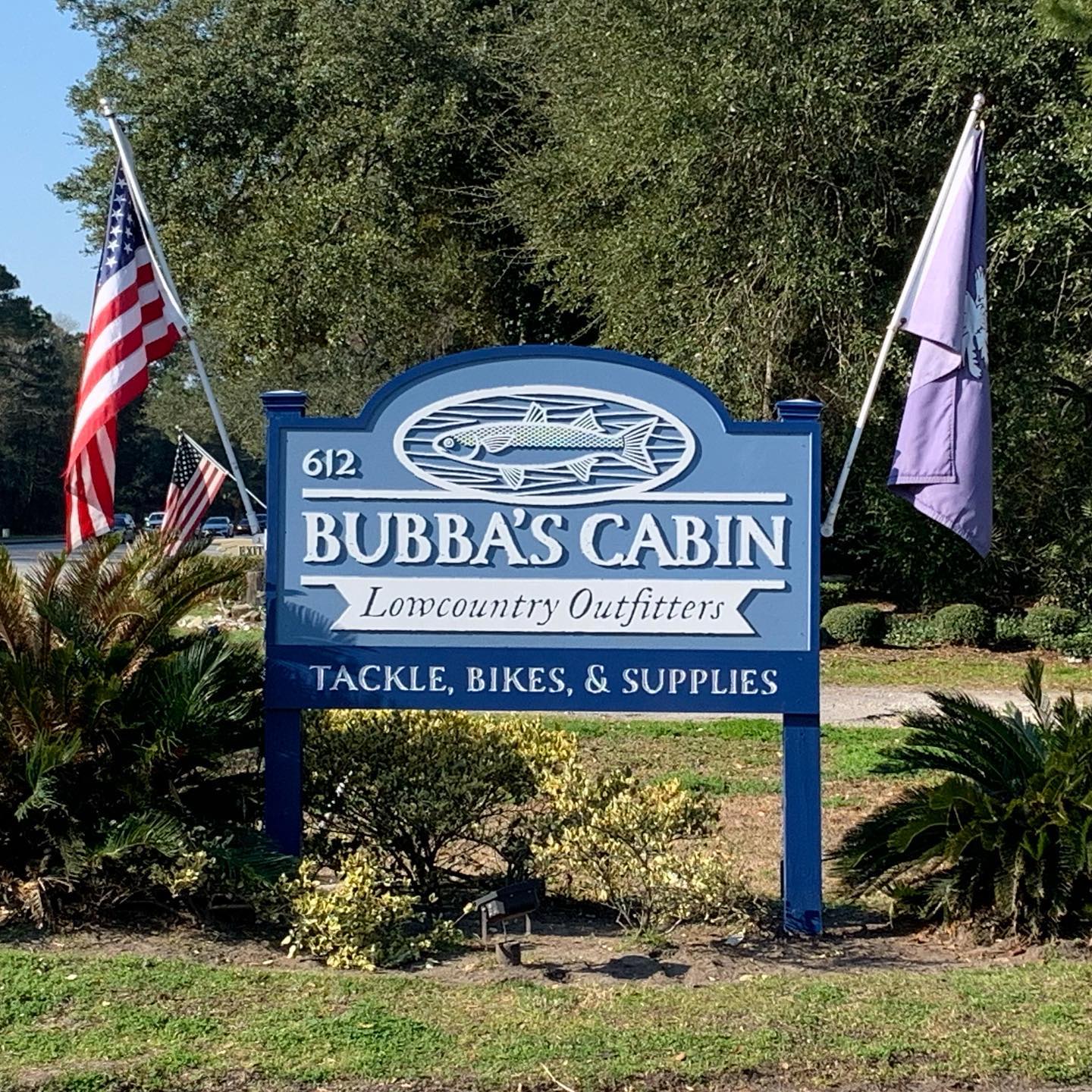 If you can’t, you’re not alone. It’s an Island landmark, and it has captured the imagination of generations of visitors. Jason Bullock, owner of Bubba’s Cabin Lowcountry Outfitters, recalled being in awe of it, too, so he did a little digging. “It was built in the early 70s as a model for a log cabin kit,” he says. “And it’s been a lot of things since then: a general store, a gas station, a coffee shop.” But nothing ever stuck, and Jason couldn’t help wondering: how might the cozy cabin be woven into the fabric of today’s Island life?

Jason and his wife Cindy decided to set up a store carrying tourist provisions in the modest 1,100 sq. ft. of space. And then, what Jason calls a “happy accident” occurred. Two of Bubba’s employees were avid fishermen, and they started lobbying to get more high-end fishing equipment on the shelves to rent and sell. “It became clear very quickly that there was a need for it,” says Jason. “Customers really responded to being able to fish with what they’re used to or better.”

Bubba’s provides unspooling and re-spooling services. It’s one of two fishing and hunting license providers (direct through the DNR). It serves as a repository of local fishing knowledge. Bubba’s knows where to go and what bait and tackle to use based on the season. It has everything else you need for a day out on the water. They offer quality hats to performance shirts with built-in sun protection to nifty drinking accessories.

“Visitors dream of their stay on Hilton Head for 51 weeks of the year, and we take our role in that seriously,” Jason says. But Bubba’s isn’t just for those visiting the Island. “We also serve as a year-round source of quality fishing equipment to our local fishing community,” he says. “We’re really proud of that.” Right now, Jason and Cindy are gearing up to make the cabin festive for Christmas, an activity they enjoy immensely. “This may be a difficult season to buy online,” says Jason, “so we’ve made sure to be a great local source for fun, unique gifting items.”

Bubba’s Cabin, it seems, was always destined to be a fishing supply and outfitting store.

Now it’s hard to imagine it as anything else. Really only one question remains, and it relates to the logo: why the mullet fish? Jason laughs. “Because the mullet is the Bubba of the Sea.”